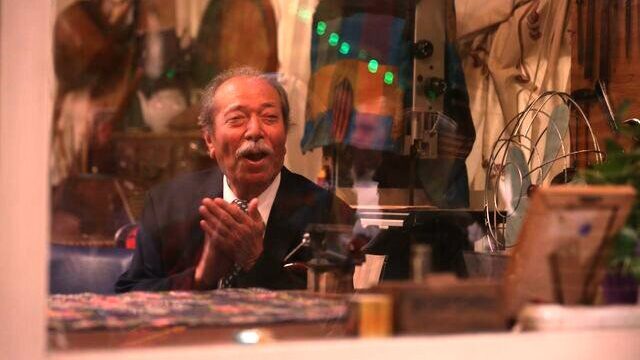 Iranian movies “A Minor” and “World War III” are competing in the 53rd edition of the International Film Festival of India underway in Goa.

“A Minor”, also known as “La Minor”, by Dariush Mehrjui is scheduled to be screened in the international competition today.

The film follows Nadi, who loves music but her traditional father wants no music in his house and forces her to abandon it. He is a carpet salesman and would like his daughter to study business and help him with his shop bookkeeping but Nadi disagrees. Nadi’s mother is torn between her husband and daughter but condones her husband’s strict conduct with Nadi. Fortunately for Nadi, her grandfather supports her. Nadi learns to play the guitar, and discovers that she can compose too.

Iran’s submission to the international feature award at the 2023 Oscars, “World War III” is competing in the Cinema of the World category of the festival, which ends Monday.

Directed by Hooman Seyyedi, the film tells the story of Shakib, a homeless day laborer who never got over the loss of his wife and son in an earthquake years ago.

Over the last couple of years, he has developed a relationship with a deaf and mute woman, Ladan. The construction site on which he works today turns out to be the set for a film about the atrocities committed by Hitler during WWII. Against all odds, he is given a movie role, a house and a chance at being somebody. When Ladan learns about this, she comes to his workplace begging for help. Shakib’s scheme to hide her goes tragically wrong and threatens to ruin his newfound status and what seemed to be the opportunity of a lifetime.

“World War III” had its international premiere at the 79th Venice International Film Festival, winning the Orizzonti Award for Best Film and the best actor award for Mohsen Tanabandeh.