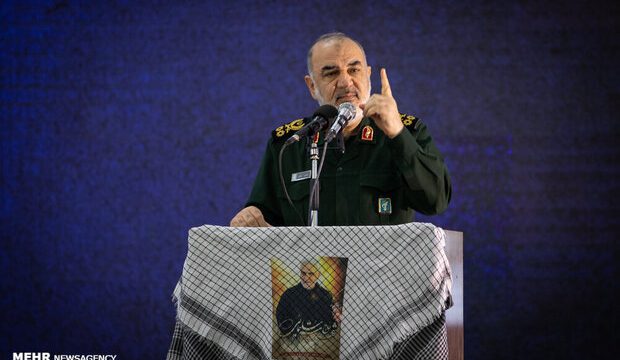 Warning the enemies that no assassination will go unanswered, the IRGC commander-in-chief added that Iran will revenge at an appropriate time and place.

Asked about Iran’s possible measures to revenge the martyrdom of Colonel Jafari, Major General Hossein Salami said that Iran will revenge at an appropriate time and place.

Saying that separate revenge has been considered for every assassination by enemies, Salami noted, “Both our enemies and our beloved people should know that no assassination will go unanswered.”

The developments in occupied Palestine show that the Resistance forces, unanimously, take revenge on the Zionists on a daily basis, he also added.

Earlier on Wednesday, the Islamic Revolutionary Guard Corps (IRGC) announced in a statement that Colonel Davood Jafari, a member of IRGC Aerospace, was martyred by a roadside bomb in a suburb of the Syrian capital of Damascus.

Colonel Jafari, who serving as a military adviser in Syria, was martyred by the Zionist regime’s agents through a roadside bomb near Damascus on Tuesday morning, the IRGC public relations announced in a statement on Tuesday night.

According to the statement, the IRGC will respond to the criminal Zionist regime undoubtedly.