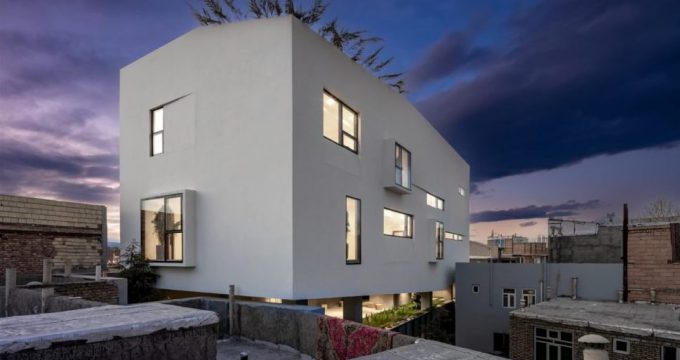 A laboratory and a dental office in Iran have won the 2022 Global Future Design Awards (GFDA).

Kia Lab, a clinical laboratory located in the town of Qarah Ziaeddin, West Azarbaijan Province, and Bashardoost Dental Office in Rasht, the capital of Gilan Province, have been among the gold winners of the GFD Award, one of the world’s most prestigious awards for architecture, interior and product design established in 2016 by APR Magazine.

In designing the Kia Laboratory Project, Davud Borujeni’s Office has tried to create an interaction between the building and the city by adding a new function to the building, which is having the role of an urban hangout, and blurring the border between city and building.

In this way, the user is faced with a structure that is both a building and a city, and the border between the two is not easily recognizable.

The idea of building-city was formed after conducting different field studies and interviews with the residents of Qarah Ziaeddin, where inhabitants considered the existence of security and the absence of coexistence spaces as two characteristics of the location.

The laboratory has been inspired in architecture by elements from ancient Iranian monuments.

The physical structure of the laboratory has been designed and built based on the geometry and layout of the area, and is level with the neighbors’ roofs. From this level up, the formation of the building’s structure is different.

The Bashardoost Dental Office has been designed by the Roshan Architecture Group.

In its designers’ view, light is the continuation of life and the well-being of the body and the mind.

Considering the project’s location, as well as the building’s façade, it was concluded that it was not possible to make changes in the proportions and the window awnings.

Consequently, the designers decided to specifically define light for this space by means of specific sources. By opening the door at the entrance, the user will face a light that seems to fall from an outside source, dividing the space in two.

A user heading towards the waiting room area will see another source of light. Where previously, there was a window with a view of a towering unattractive building surrounding the area, the architects made this window semitransparent. In this way, adequate lighting for the area is produced and appears to fall gently into the room from a distant source, while the view of the pretentious neighboring building is blocked.

The consistency and fair redistribution of light in the treatment area was achieved through the installation of a semitransparent glass wall between the doctor’s office and the unit room.