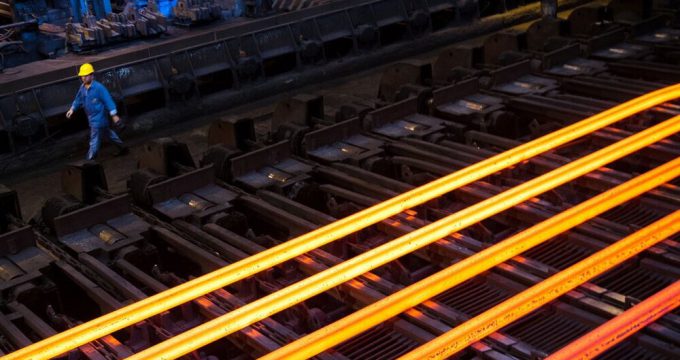 Production of steel in Iran has risen 16 percent in the first seven months of the current Iranian calendar year (March 21-October 22), as compared to the same period of time in the past year, the Iranian Steel Producers Association (ISPA) announced.

According to the ISPA’s released data, Iran has produced 18.268 million tons of steel in the seven-month period.

Meanwhile, as recently announced by the World Steel Association (WSA), production of crude steel in Iran rose 9.8 percent in the first nine months of 2022, as compared to the same period of time in the past year.

The report shows that Iran’s crude steel output has also increased by 26.7 percent in September compared to the same month in 2021, reaching 2.7 million tons.

Iran has maintained its place as the world’s 10th biggest steel producer during the mentioned nine months, according to the WSA data.

The Iranian Steel industry has been constantly developing over the past years against all the pressures and obstacles created by outside forces like the U.S. sanctions and the coronavirus outbreak that has severely affected the performance of the world’s top producers.

The country is expected to climb to seventh place among the world’s top steel producers by the Iranian calendar year 1404 (March 2025).