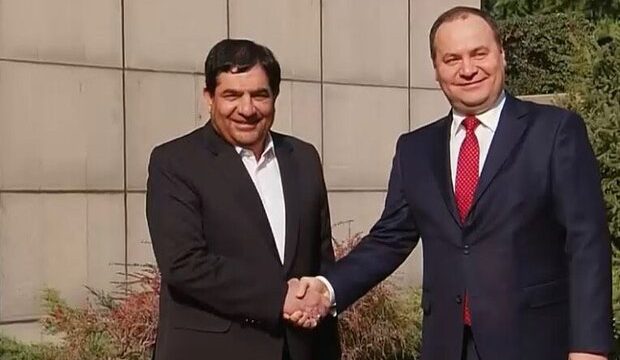 Heading a high-ranking delegation, Roman Golovchenko, the Prime Minister of Belarus arrived in Iran on Tuesday.

Upon his arrival at Tehran’s Mehrabad Airport, the Belarusian Prime Minister was welcomed by Iranian Minister of Industry, Mine and Trade Seyyed Reza Fatemi Amin.

It is the first time that Golovchenko has traveled to Tehran.

The visit of the Belarusian prime minister takes place following the agreements reached in the negotiations between the Presidents of Iran Ebrahim Raisi and his Belarusian counterpart Lukashenko, on the sidelines of the Shanghai Summit in Samarkand, Uzbekistan, according to the Political Deputy of the Iranian President’s Office Mohammad Jamshidi.

Iran and Belarusian delegations will discuss the expansion of bilateral relations in various fields, including transit, exports and imports, energy supply, agricultural products, and the transfer of technology and equipment, and will draw a comprehensive road.