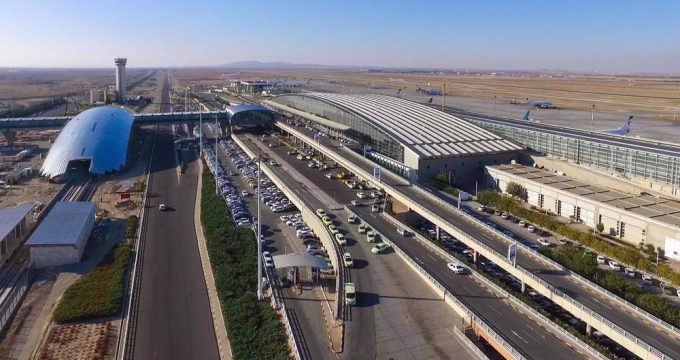 Three billion euros worth of projects have been approved for implementation by the private sector at Imam Khomeini Airport City (IMKA), where eight Chinese companies have announced readiness to build a terminal, the airport’s director general of Saeed Chalandari says.

“Eighteen projects worth about 3 billion euros have been prepared for private sector investment,” Chalandari said.

Of these, 13 projects are located within the limits of Imam Khomeini Airport City, which will be put out for bid soon.

“One of the projects is the 410,000-meter Terminal 3, for which eight Chinese companies and four domestic companies have announced readiness” for investment, Chalandari said, adding he expected an MoU or a contract will be signed by the end of the current Iranian year on March 20, 2023.

The Imam Khomeini Airport (IKA), 30 kilometers southwest of Tehran, is currently operating at an annual handling capacity of 10 million passengers mainly through its first terminal, T1. Last June, Iran opened Salam Terminal dedicated to pilgrims, but it is not part of IKA’s master expansion plan.

Officials say the ultimate plan is to also build a third terminal, T3, to raise the capacity to 90 million passengers a year.

In May, an official said a domestic investor had been approved to build T2 to handle 25 million passengers a year. The project had initially been awarded to the French who abandoned it in 2017 in anticipation of new US sanctions on Iran, canceling a $2.8 billion agreement.

In January 2016, French industrial group Bouygues signed a preliminary deal to build and run T2, but the company as well as its fellow French partner Aeroports de Paris canceled the agreement, citing failure to get financial backing from international banks which feared US reprisals.

NACO and the French companies were among scores of international firms which rushed to Iran as the country re-opened for business after the lifting of sanctions in early 2017, but they withdrew after then president Donald Trump pulled the US out of a nuclear deal with Iran and reimposed the sanctions.

IKA lies along the main highway linking Tehran to Bandar Abbas port in the Persian Gulf, with access to top tourist cities of Isfahan and Shiraz. A high-speed railway between Tehran to Isfahan is about to connect through the airport.

IKA is currently Iran’s second customs gateway through which $5 billion worth of goods flow into the country a year.