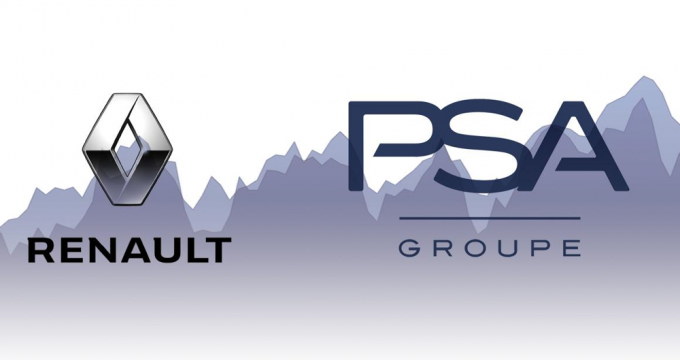 Iran has banned the imports of French cars until France’s automobile manufacturers, namely Renault, Peugeot and Citroen, compensate the damage caused by leaving the Islamic Republic.

The withdrawal imposed a lot of costs on Iran’s automobile and parts manufacturing industry and left many investments in ruins after the US imposed new sanctions in August 2018, targeting the Islamic Republic’s car industry, trade in gold and other precious metals, and purchases of US dollars.

Although the withdrawal forced Iranian manufacturers to pool their resources and produce locally-made cars, compensation for the damage caused by the pullout is a central demand.

The ban announced by Ministry of Industry, Mining and Trade spokesman Omid Qalibaf comes as Iran is reintroducing foreign car imports in order to both improve the pool of quality automobiles and meet consumer demand.

Iran prohibited the import of Western cars in 2017 to counter the impending reimposition of US sanctions. The idea was part of Tehran’s efforts to develop a “resistance economy” that could both serve Iranians’ demands for cars, lessen dependence on foreign technology, and potentially boost export revenue.

“Those in the process of importing cars are dealing with the related issues and are concluding their contracts one by one, with the first cars expected to enter the country with the conditions that have been announced to the importers.

“However, what is certain is that French cars will not find a way to our market for now, because French companies such as Renault and Peugeot do not have a good history during the time of sanctions, when they easily left our country despite having committed to joint ventures and investments,” Qalibaf said.

Before the sanctions, French carmaker PSA Group had signed a framework deal with Iranian counterpart SAIPA to produce and sell vehicles for its Citroen brand in the country.

Under the agreement, Citroen and its Iranian partner would invest 300 million euros ($330 million) over five years in manufacturing, research and development, with the first of three planned new Citroen models due to be launched in Iran in 2018.

PSA Group, the maker of Peugeot and Citroen cars, had finalized a similar production deal with major Iranian automaker Iran Khodro under a 50-50 joint venture to invest up to 400 million euros ($451 million).

Renault had signed a new joint venture deal that included an engineering and purchasing center to support the development of local suppliers as well as a plant with an initial production capacity of 150,000 vehicles a year.

“In the middle of the road, however, they left the Iranian automakers alone and caused a lot of damage to our country’s automobile industry,” Qalibaf said.

“As long as the French car manufacturers do not compensate for these damages, they will not have any share in the large car market of our country, and the import of any car from France will be prohibited,” he added.

The ban, however, will not include South Korea, Japan and other countries, because they were not involved in any joint projects with Iranian industrialists when the new sanctions were imposed, Qalibaf stated.

The auto industry forms the second biggest sub-sector of the economy behind oil, accounting for some 10 percent of the gross domestic product and 4 percent of employment.

When the former Trump administration reimposed sanctions on Iran in August 2018, it reserved Washington’s first hammer blow for the car industry to hurt as many Iranians as possible.

However, the US pressures forced domestic manufacturers to mobilize their resources to fulfill some of the tasks which were an exclusive competence of foreign companies.

Last week, Venezuelan Minister of Transport Ramón announced the shipment of 1,000 cars built in Iran to Venezuela, stating that they were among 80,000 requests registered for the products of an Iranian car manufacturer in his country.

“We have a very high demand for Iranian car products, where we were able to register about 80,000 requests in the first stage,” he said in Tehran where he was at the head of a large delegation.

With the exports, Iran is staking out a niche in South America’s automotive marketplace which has a lot of space for growth and expansion, given the uneasy relationship of some of the countries of the region with the United States.

It followed the Iran-Venezuela 2022 Expo Fair held on Sept. 14-18 in Caracas where President Maduro announced the assembly of four Iranian models at Venirauto car manufacturing plant, a joint venture between the Venezuelan government and Iran Khodro.