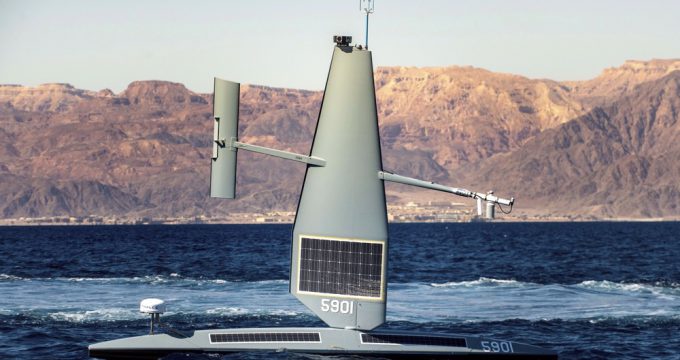 The commander of United States Central Command (CENTCOM) says a US-led task force will deploy over 100 unmanned vessels in the Persian Gulf region’s strategic waters, in spite of stern warnings from Tehran against such deployments.

General Michael Kurilla said on Saturday that the deployment will be completed by next year, claiming that it aims to stave off maritime threats.

“By this time next year, Task Force 59 will bring together a fleet of over 100 unmanned surface and subsurface vessels operating together, communicating together and providing maritime domain awareness,” said Kurilla, who was sanctioned by the Islamic Republic last month for supporting terrorism and inciting violence against the Iranian nation during the recent riots.

Task Force 59 was created in Bahrain in September 2021 to integrate unmanned systems and artificial intelligence into the Pentagon’s Middle East operations, after a series of drone attacks blamed on Iran.

Iranian Foreign Minister Hossein AmirAbdollahian said earlier in the day that the pervasive presence of unmanned vessels by extra-regional countries has doubled the region’s problems.

“We consider the presence of [extra-regional] forces in the region to be a threat to the peace and stability of the region, and we believe that they have become a threat to the Persian Gulf region and the Oman Sea, as well as energy security in the region,” AmirAbdollahian said at a joint press conference with his Omani counterpart Sayyid Badr Albusaidi in Tehran.

He added the Islamic Republic believes that regional countries are capable of preserving the peace and security of the region by themselves.

Top Iranian officials and commanders have repeatedly warned against the presence of foreign forces in the region, saying Tehran deems such presence to be contradictory to regional peace, stability, and cooperation.

Meanwhile, Kurilla also said that in addition to the unmanned vessels, the US is “building an experimentation program here in the Middle East to beat adversary drones with our partners.”

He was apparently referring to Iranian drones, which he claimed to be “the greatest technological threat to regional security.”

Although faced with severe US sanctions targeting its military, Iran has successfully advanced its defense program in recent years, achieving what the former head of the US Central Command once called “overmatch” – a level of military capability in which a country is extremely difficult to be defeated.

“Iran’s strategic capacity is now enormous,” he said. “They’ve got overmatch in the theater – the ability to overwhelm.”

Despite the commotion created over its military development, Iran has made clear that its missile and drone programs are defensive in nature.

The Islamic Republic keeps reassuring its neighbors that it wants peace and stability in the region and friendly ties with neighbors. The country has also voiced willingness to provide advanced scientific and military technologies to friendly and neighborly states.