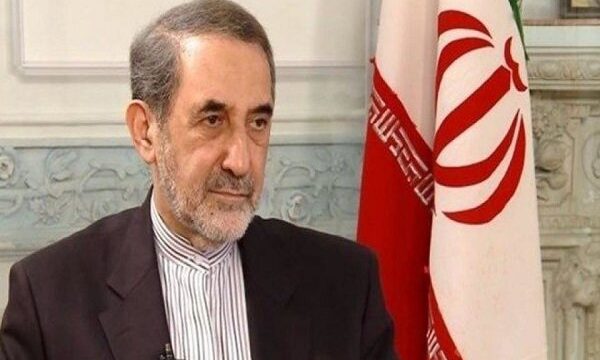 Leader’s Adviser: Every Azeri is Iranian and every Iranian is Azeri

Rejecting allegations that Iran intended to attack the Republic of Azerbaijan, Ali Akbar Velyati, an advisor to Iran’s Leader in international affairs said that every Azeri is Iranian and every Iranian is Azeri.

In an article for the Tasnim News Agency, Ali Akbar Velayati praised the key role played by the Azeri people in Iran’s history and their important steps in defending the country and promoting Iran’s power and regional significance.

Velayati also refuted allegations made against Iran over rumors that the Islamic Republic planned to attack the Republic of Azerbaijan or seize power in the neighboring country.

He also addressed the political and media tensions that have spread between the two nations, reiterating that all Iranians, regardless of their ethnicity, are considered Iranians. Secondly, he said, Iran has never been envious of its neighbors; on the contrary, it has always shown consideration for them and a desire to maintain positive relations with all of them.

“Today, it should be said that every Azeri is Iranian and every Iranian is Azeri. This is true even if they have a non-Iranian passport or reside outside of Iran,” the Leader’s adviser continued, declaring, “I am Azeri too.”

Excerpts from the article are as follows:

“I proudly say that I, like other Iranians, consider myself to be an Azeri. I am from the foothills of the Alborz Mountains, but wherever in Iran is where I call home. Like other Iranians, I view every part of proud Iran as a corner of my soul and heart and even will give my life to safeguard it.

Since Shah Ismail’s ascension to the throne in Tabriz, the nation of Iran has experienced a renewal and strengthening of its national identity and independence, and its history has entered a brilliant period of its civilization. This is especially true considering Shah Ismail’s arrival in Tabriz, which was a significant event in Iranian history because the new king’s first official act after being crowned was to officially recognize the blessed Shia faith throughout the country.

One of the surprising aspects of history that comes to light when studying this significant period in Iranian history is how a strong religious conviction can effectively erase the stark differences between a country’s various ethnic groups and help the country recuperate.

Shia believers in entire Iran gradually put aside their political, racial, and class prejudices to refer to themselves as “Iranians” and attempted to revive the Iranian national identity.

The book Al-Ghadir by Allameh Abdul Hossein Amini Tabrizi (1281/1320 AH Tabriz – 1349/1390 AH Tehran) is the most crucial source for someone who wishes to understand the profundity of Shiism and the justice of Ahl al-Bayt. The work by Allameh Mohammad Taghi Jafari Tabrizi will be necessary if anyone wanted to compare them with Western philosophy.

When searching for the primary source of spirituality in the modern era that has trained the likes of Imam Khomeini, researchers of Shiite belief will undoubtedly mention Seyyed Ali Qazi Tabatabai Tabrizi, the pioneer in this field.

The role of Azeris in Iran is demonstrated by all of the aforementioned incidents, and it should be proclaimed loudly today that every Azeri is an Iranian and every Iranian is an Azeri. Even if those Iranians or Azeris are traveling on a different passport or are not residing in Iran.

Anywhere in the world, if any Azeri can express their opinions without interference, they are either a citizen of Iran, or even if they are not, they have a corner of their eye on Iran and have a special place in their hearts for Iran, whether the enemies of Iran and our beloved Azerbaijan want it or not.

The Islamic Republic of Iran has consistently made efforts to improve relations and clear up any misunderstandings with its neighbors, including Azerbaijan, Armenia, and Georgia.”