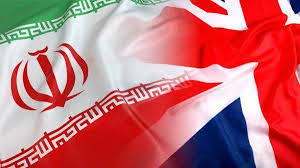 Iran not scared of England at 2022 World Cup

With just one day remaining to the 2022 FIFA World Cup starts, Iran are not scared of facing Group B favorites England.

Gareth Southgate’s side will be looking for a key three points to get started with potentially tricky fixtures against the U.S. and Wales to come and it’s while Iran are not an easy team to beat in the competition.
Team Melli will take on England in Doha’s Khalifa International Stadium on Monday.

England have not won a single match in their previous six matches and it will be a good opportunity for Carlos Queiroz’s men to extend their winless run.

In their six-game winless run in the Nations League, England lacked creativity and goals and were occasionally chaotic in defense.
Three Lions also suffered a 4-0 loss against Hungary in London.

A win or draw could be a good result for Iran since they will play Wales and the U.S. and there is more chance for experienced Iran to beat them.

If Iran go into all three of these matches fully focused, playing to the best of their potential, there is chance to make history and book their place in the next stag for the first time ever.

Qatar 2022 marks Iran’s sixth FIFA World Cup tournaments and their third in succession, the first time they have managed such a run of consecutive appearances.