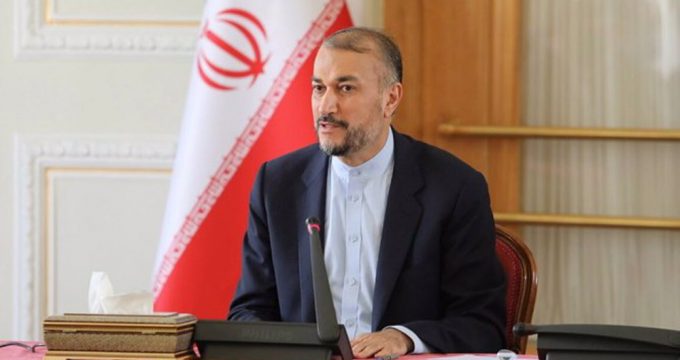 Foreign Minister Hossein Amirabdollahian said here on Wednesday that Europe will receive a reciprocal and effective response from Iran if it does not stop moving towards an unconstructive route.

Iran negotiated in order to obtain results, Amirabdollahian noted speaking to reporters on the sidelines of the cabinet session in Tehran this morning.

Asked about the European side’s effort to approve the anti-Iran resolution at the International Atomic Energy Agency (IAEA) Board of Governors meeting, Amirabdollahian said the Islamic Republic has conveyed necessary messages to the European sides and discussed with some European foreign ministers; if  Europe does not halt to move on the unconstructive route, Iran will give a reciprocal and effective response.

In a related development, Head of the Atomic Energy Organization of Iran (AEOI) told reporters the same day that they well know that such a draft resolution is not true and the Islamic Republic of Iran rejects such a resolution, Eslami underlined.