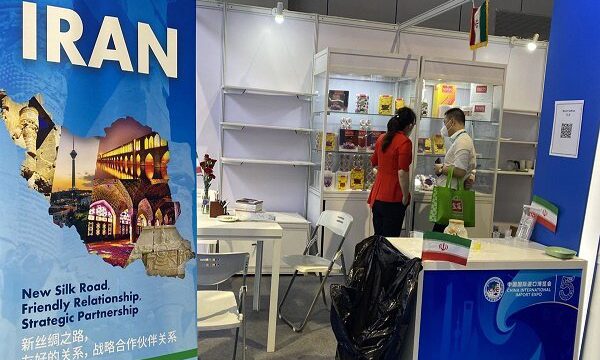 Referring to the presence of the Iranian firms participating in the 5th China International Import Expo (CIIE) in Shanghai, an Iranian diplomat said Iran seeks to promote its products via this exhibition for export to China.

More Iranian companies have participated in the 5th China International Import Expo (CIIE) in Shanghai to promote their products and brands through the platform, as people-to-people exchanges between China and Iran have been connected by the Silk Road since ancient times, an Iranian diplomat said.

Hamid Adeli, a commercial counselor from the Embassy of the Islamic Republic of Iran in Beijing, told the Global Times that it is his first time attending the CIIE intensively, but some Iranian companies participated for the fourth time.

A total of 11 companies from Iran attended the expo this year, from the agriculture, consumer goods, and healthcare sectors, according to Adeli. “I think that the CIIE is a very good opportunity for Iranian products, for Iranian enterprises to… export to China,” he said.

As an official of the trade promotion organization of Iran, Adeli said that the exhibition is the most important platform to promote products.

He noted that “other countries try to boost their exports, but China is trying to enhance imports,” adding that China is trying to do this with two purposes – strengthening international trade and increasing domestic consumption to help economic growth.

“China provides this platform as a public good, and that not only helps China but also other countries and regions to engage and participate in production in global factories,” Adeli said.

Many Iranian companies don’t have enough information about this market yet. The CIIE exhibition can give Iranian companies good information and opportunities, Adeli said. He plans to introduce more agricultural products to China such as oranges, tangerines, and sweet lemons, as well as citrus, honey, and dairy products.