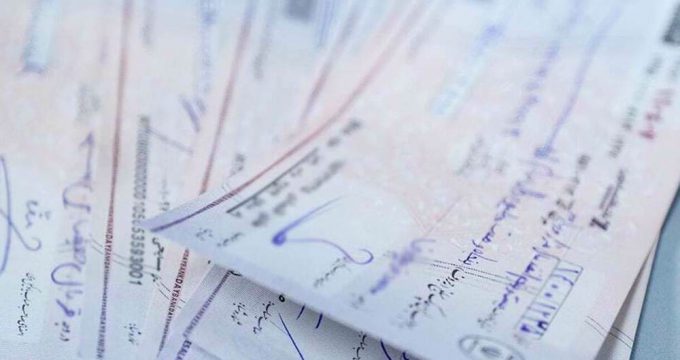 A Central Bank of Iran (CBI) official says the number of people jailed in the country for bouncing checks has declined by over 80% in five years thanks to a new law that has tightened controls on who can use the document for making payments.

“In 2017, nearly 10 people were jailed everyday for bounced checks but this has currently been reduced to (an average of) one person per day,” said Mehran Moharramian, deputy CBI governor for modern technologies, on Saturday.

The announcement comes five years after Iran launched its new bank check law to crack down on the widespread practice of writing checks that bounced.

The new law has made it difficult to bounce checks as it only allows individuals with acceptable credit ratings to use bank checks for payments.

Post-dated checks are frequently used by Iranian individuals and businesses as guarantees for a variety of purposes, including rentals, purchases and deals clinched in the country’s traditional bazaars.

Moharramian made the remarks in a ceremony where he and other senior government officials unveiled a new CBI scheme to allow bank customers to write digital checks rather than the traditional standard paper ones.

The official said three privately-owned banks in Iran will start issuing digital checks in a pilot scheme that will cover corporate customers in a first phase of the project.

Iran’s finance minister Ehsan Khandouzi said digital checks would facilitate trade and business deals in Iran and would lead to increased economic activity in the country.