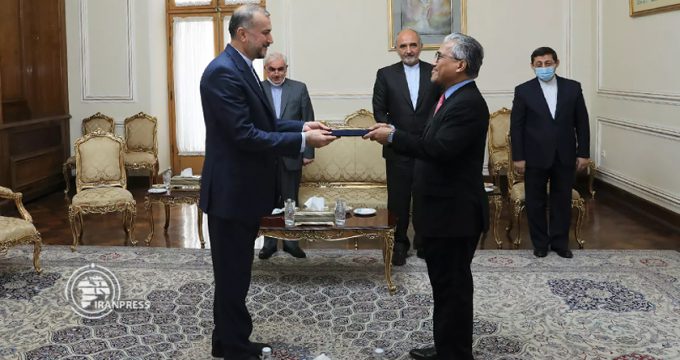 Earlier, On Wednesday, at the beginning of his mission in Tehran, the new ambassador of France, Nicolas Roche, presented a copy of his credentials while attending the Ministry of Treasury Affairs of the Islamic Republic of Iran and meeting with Hossein Amirabdollahian.