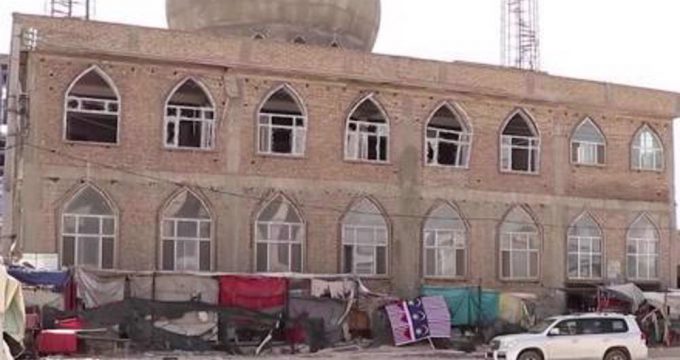 Iran’s ambassador and permanent representative to the United Nations (UN) says the ongoing situation in Afghanistan is the result of foreign military intervention with the purported aims of combating terrorism and bringing democracy to the chaos-ridden country.

Amir Saeed Iravani made the remark in a Thursday meeting of the UN General Assembly on the violence, insecurity and rights abuse in Afghanistan.

“The situation in Afghanistan serves as a reminder that military intervention in other countries under the pretext of combating terrorism while claiming to bring democracy, peace, and prosperity not only degrades those common values but also harms those states and their people,” Iravani said.

“The Taliban must be mindful of the international community’s repeated calls for the formation of a government that accurately reflects Afghanistan’s multi-ethnic society,” he added.

Highlighting the role of foreign military intervention as well as the irresponsible withdrawal of US-led foreign forces from Afghanistan, the Iranian diplomat said, “It is crucial to investigate claims of war crimes committed by foreign forces, including those previously conducted and now ‘deprioritized’ due to bias and political pressure.”

Iravani also described as “crucial” the restoration of Afghanistan’s banking and financial systems as well as enabling access to frozen assets of the country in the West.

Elsewhere in his speech, Iran’s ambassador and permanent representative to the UN said addressing the serious threat of the illicit opium cultivation, drug production and trafficking must be a “priority,” stressing that, “Iran pays a high price for it for this menace.”

The UN General Assembly on Thursday adopted a resolution by vote of 116 in favor and none against, with 10 abstentions, reiterating the world body’s unwavering commitment to international humanitarian law and the human rights of the entire people in Afghanistan.

Deeply concerned about the dire economic and humanitarian situation in the country, the General Assembly called on the ruling Taliban to ensure the security of Afghans.

The General Assembly also voiced concern about the continuing violence and the presence of remnants of terrorist groups such as Daesh and al-Qaeda in Afghanistan.

The Taliban, who had previously ruled Afghanistan from 1996 to 2001, took power again on August 15 last year after the messy and chaotic US troop withdrawal. The group announced the formation of a caretaker government weeks later.

Following the Taliban’s takeover, the US and its allies rushed to cut off Afghanistan’s access to international aid and froze nearly $10 billion in assets belonging to the country’s central bank. The International Monetary Fund and World Bank followed suit.

As a result of the humanitarian crisis, hundreds of thousands of Afghans have made their way across the border into Iran since last year. According to international aid organizations, around 4,000 to 5,000 people are streaming into Iran each day, escaping the horrors of poverty and insecurity fueled by the US and its allies.

Meanwhile, Daesh has a foothold in eastern and northern Afghanistan, particularly in Nangarhar, which is regarded as its base in the war-torn country. It has recently claimed responsibility for several attacks across Afghanistan.