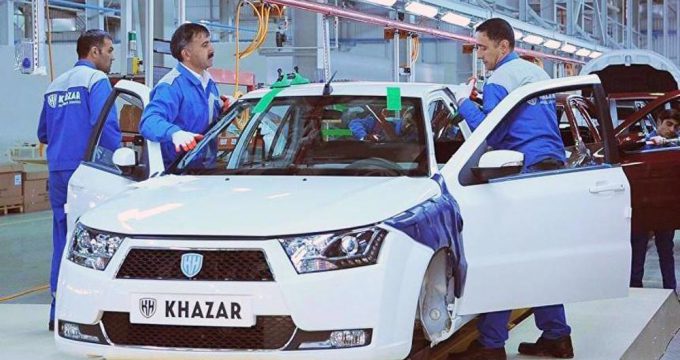 Iran’s largest carmaker the IKCO says car exports to Azerbaijan are expected to hit a new record of 3,500 units in the next 12 months.

IKCO’s CEO Mehdi Khatibi said on Tuesday that the target will be equivalent to a half of all exports by the Iran Khodro Company to Azerbaijan over the past years.

“You can see many of these products on the streets of this country,” he said during in a visit to a car plant in Azerbaijan’s Neftchala region where the IKCO manufactures its popular models.

Khatibi said, however, that KCO’s plans for increased exports to Azerbaijan will only cover Tara and Dena models.

He said his visit to Azerbaijan was aimed at negotiating prices with manufacturing partner the Khazar Automobile Company, adding that the IKCO eyes increased profitability from sales in the Azerbaijani market.

Iran has increasingly relied on its home-grown car industry in recent years to respond to a growing domestic demand that has accumulated because of the US sanctions and their impacts on the presence of foreign brands in the country.

The two companies plan to increase their presence in the Russian market where Westerns brands have left because of sanctions on Moscow.