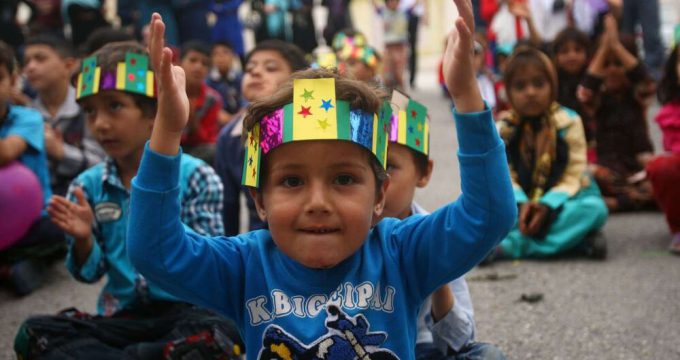 The Ministry of Interior has announced to the Ministry of Education a list of 200,000 Afghan children who have the conditions to study in Iranian schools.

The Ministry of Education has the capacity and potential to provide them with educational conditions and facilities equal to other Iranian students, Ali Hamedi, an official with the Education Ministry, said.

Of course, the children and their families will decide whether to enroll in schools and continue education, he stated.

Iran spends about $77 million every year on the education of foreign national students.“We are trying our best to make Afghan students living in Iran go to school, and one of our approaches in this field is to help develop and increase standard educational physical spaces,” he noted.

Our annual fund is partly financed by the Ministry and partly by the United Nations High Commissioner for Refugees. If we allocate it to schools where only Afghans study, we cannot provide education to those who study with Iranian nationals, he explained.

Afghan students can also take the exam of elite educational centers and compete in equal conditions with other Iranian students and continue their studies in exceptional talents schools, he stated.

In the current school year which began on September 23, about 300,000 new foreign students enrolled in Iranian schools.

For the time being, 560,000 foreign students are studying in schools across the country, Education Minister Yousef Nouri said.

Iran is home to over 800,000 registered refugees and some 2.6 million undocumented Afghans. Today, more than 500,000 Afghan children- including undocumented Afghans and those who have newly arrived in Iran following the Taliban-takeover-are benefitting from Iran’s inclusive education policies, one of the most progressive in the world.

Many of the refugees living in Iran are second and third-generation, according to the UNHCR.

Iran spends about 20 trillion rials (nearly $77 million) every year on the education of foreign national students residing in the country, the head of the international affairs department of the Ministry of Education Gholamreza Karimi said in March 2020.

The literacy rate among refugees has increased significantly in recent decades. So that the literacy rate of Afghan immigrants in Iran is higher than the number of literate people in Afghanistan, according to a report published in June by the research center of the Iranian Parliament (Majlis).

According to the Population and Housing Census of the National Statistics Center in 2016, the population of refugees officially residing in Iran was 1.654, of which Afghan, Iraqi and Pakistani immigrants constitute the majority of international immigrants. In fact, 95 percent of the immigrants in Iran are “Afghan”, 2 percent are “Iraqi” and about 1 percent are “Pakistani”.

The research center of the Iranian Parliament, in a report published in June, addressed the issue of the education of immigrant children.

Only about 10 percent of the first generation of refugees who entered Iran in the early 1980s were literate before arriving, which has now reached 64 percent. In the early 2010s, the literacy rate among refugees was about 52 percent, but by the end of the 2010s, it had risen to 64 percent.

The literacy rate is much higher in the second and third generations of immigrants. Some 76 percent of Afghan youth aged 15 to 29 in Iran are literate.