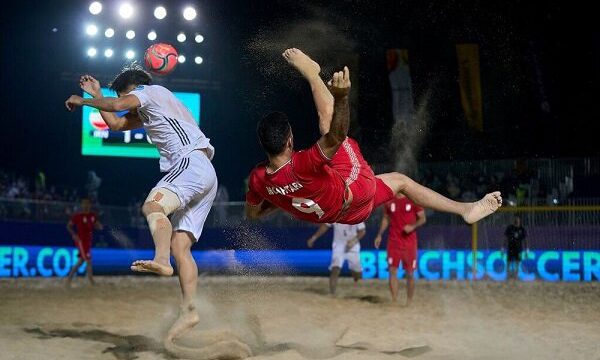 Iran will play the U.S. and Japan in Group B in the following days.

Hosts UAE, Brazil, Spain and Saudi Arabia are in Group A.

In its eleventh edition, the Intercontinental Beach Soccer Cup is the most prestigious annual competition in the sand version of the game. The FIFA Beach Soccer World Cup takes place every two years.

Team Melli were drawn to Group B along with the U.S., Japan and Paraguay. Group A consists of the UAE, Brazil, Spain and Saudi Arabia.

After a round-robin group stage, the top two teams from each group will meet in the semifinals and subsequent finals. The third and fourth place teams will compete for places 5th-8th. All matches take place on the main stadium at Kite Beach in Dubai.

Russia are the most successful team, having won four tournaments.