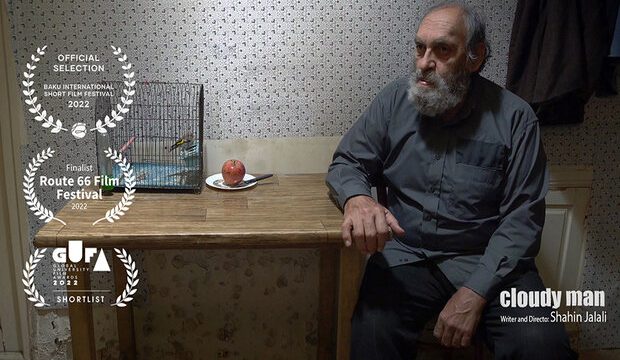 Written and directed by Shahin Jalali, the short film ‘Cloudy Man’ will take part at three film festivals in Azerbaijan, the United States, and China.

The 13th Baku International Film Festival will be held from November 11 to 15, in Baku, the capital of the Republic of Azerbaijan.

the Hong Kong International Film Festival will be held from 11 to 15 November in Hong Kong.

Written and directed by Shahin Jalali, the short flick tells the story of a man facing some unexpected events.

‘Cloudy Man’ has already taken part in a number of global events, including the Iranian Film Festival of Zurich (IFFZ) in Switzerland, the Busan International Film Festival in South Korea, and the Grand OFF World Independent Film Awards in Poland, where it was nominated for best actor in a short film award.