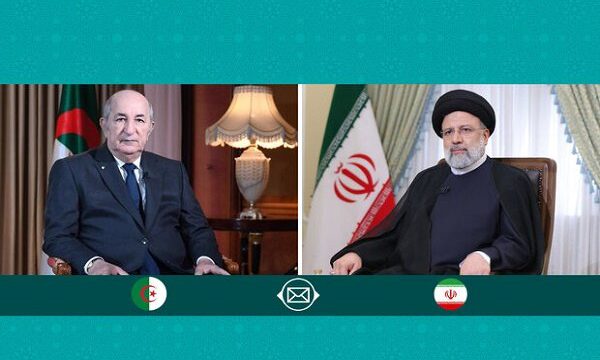 Iranian President Ebrahim Raisi in a message to his Algerian counterpart called for the expansion of relations between Iran and Algeria.

Raisi in a congratulatory message felicitated his Algerian counterpart Abdelmadjid Tebboune on the occasion of the 68th anniversary of the Algerian Revolution.

The Iranian president expressed hope that considering the favorable relations and cooperation between the two countries, Iran and Algeria will witness the deepening and expansion of bilateral relations in all fields.

The Algerian War, also known as the Algerian Revolution or the Algerian War of Independence, and sometimes in Algeria as the War of 1 November, was fought between France and the Algerian National Liberation Front from 1954 to 1962, which led to Algeria winning its independence from France.