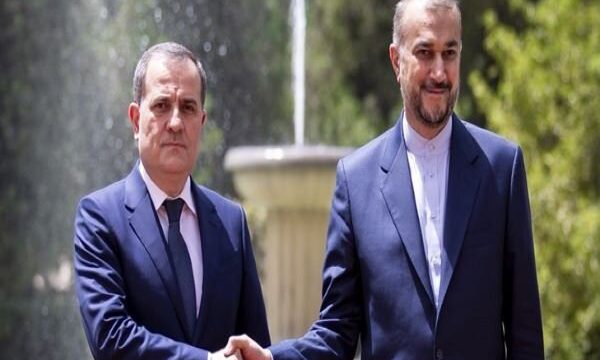 Iranian Foreign Minister in a phone talk with his Azeri counterpart said that Iran believes that the right way to resolve the Caucasus dispute is through 3+3 meetings and regional mechanism.

During the telephone conversation, AmirAbdollahian assured Bayramov that the Islamic Republic of Iran just as always focuses its efforts on resolving the disputes between Azerbaijan and Armenia republics through diplomatic and regional channels.

The two sides in the phone talk exchanged views on bilateral relations and issues of mutual interest in the regional and international fields.

AmirAbdollahian referred to the good Iran-Azerbaijan relations, arguing that in the recent meeting between the two countries presidents in Astana they agreed that the territorial integrity of all regional countries, including Azerbaijan, needs to be respected.

“We have also always believed that the presence of foreign powers in the region further complicates the disputes and we are, therefore, opposed to their presence,” added the Iranian foreign minister.

The top Iranian diplomat further reiterated that the region’s security is an issue of vital importance for all regional countries, and Iran considers Azerbaijan’s security its own security and is opposed to the stationing of foreign forces in the region, which will put at stake the region’s peace and stability, as well as sound regional cooperation.

The foreign minister of Azerbaijan, for his part, said in the phone talk that the direct and constant contact between the two countries foreign ministers is a sign of deep bilateral relations.

“We attach great importance to these ties, and highly respect the Iranian officials,” added Jeyhun Bayramov.

He also appreciated AmirAbdollahian for calling him on the phone and elaborating on the results of his talks with Armenian officials to broker peace and stability in the region.

The top Azeri diplomat said that he, too, is opposed to the presence of foreign forces in the region and they are being stationed here and voiced his country’s agreement with the continuation of regional cooperation, including the 3+3 meetings.