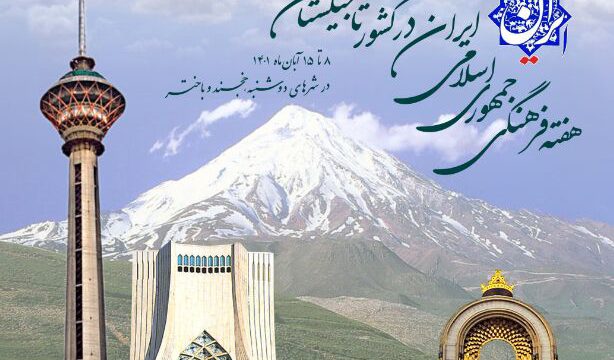 Tajikistan’s cities host the cultural week of the Islamic Republic of Iran with the participation of 51 artists, an official with the Islamic Culture and Communication Organization declared.

Mohammad-Ali Kiani, the director general of cultural cooperation and Iranian expatriates’ affairs of the Islamic Culture and Communication Organization told an IRNA correspondent in Tajikistan on Sunday that the central Asian country hosts the cultural week of Iran from October 30 to November 6 in Dushanbe, Khujand, and Bakhtar.

According to the official, the Iranian cities of Tehran, Tabriz, and Shiraz held Tajikistan’s cultural week on October 1 to 8, when a delegation of authorities, cultural operators, and artists headed by the Tajik minister of culture participated in the event.

The Iranian cultural week is being held at the official invitation of Tajikistan’s Culture Minister Shamsiddin Orumbekzoda, the director general added.

Poets, authors, musicians, and artists are going to display Iran’s culture and art in the three cities in Tajikistan, he noted.

The official went on to say that Iran’s week of movies will be held in Tajikistan concurrent with the cultural week in the central Asian country.

Some 24 calligraphic artworks of Master Ahmad Teymouri will be presented in the cultural week programs, he said.