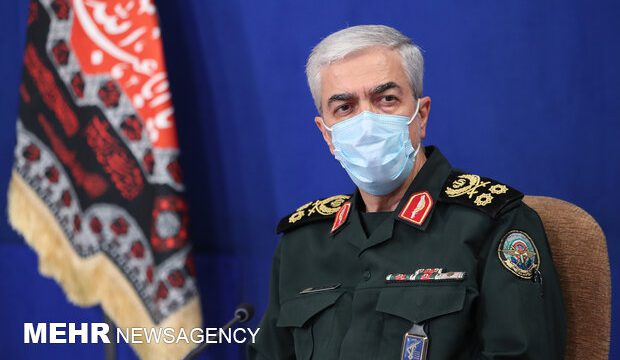 The chief of the General Staff of the Iranian Armed Forces said that rioters involved in the latest unrest in the country are complicit in the Wednesday terrorist attack in Shiraz.

Major General Mohammad Baqeri made the comment a day after the Shah Cheragh holy shrine was hit by a shooting attack which left 15 people dead and 27 others wounded. Two children were among the dead in the attack that was claimed by the Daesh terrorist group.

The military official said that the rioters should know that protecting calm, as well as the lives and property of the Iranian people is a red line for the country’s armed forces.

He also said that the perpetrators of this brutal crime, both inside and outside Iran, will soon be identified by Iranian law enforcement and intelligence officers, and will face the consequences of their action.

Unrest broke out in Iran over a month ago following the death of 22-year-old woman Mahsa Amini.