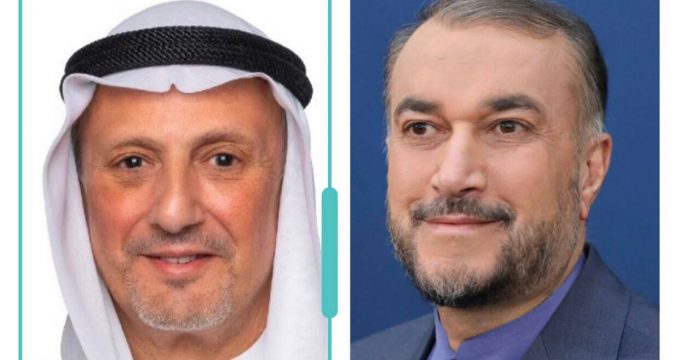 Iranian Foreign Minister Hossein Amirabdollahian in a phone conversation with his Kuwaiti counterpart Salem Abdullah Al-Jaber Al Sabah on Thursday congratulated him on his appointment as the new top diplomat of Kuwait.

During a phone conversation with Al Sabah on Thursday, Amirabdollahian referred to the priority of ties with the neighbors in the 13th government’s foreign policy of Iran and stressed the importance of regional cooperation for the Islamic Republic of Iran.

Al Sabah, for his part, said that Kuwait seeks to cooperate with the Islamic Republic of Iran to promote deep-rooted and friendly relations between Iran and Kuwait.

While thanking Amirabdollahian for his congratulatory message, He added that Kuwait seeks lasting ties to keep countries in the region safe.