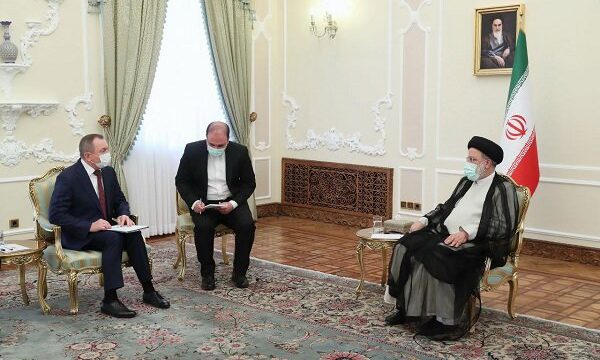 The Iranian president has stressed to the visiting Belarussian foreign minister to speed up the implementation of the agreements reached between the countries.

In the meeting, President Raisi stressed the need to speed up the implementation of Iran-Belarus agreements, adding that the road map of long-term relations will lead to the steady growth of cooperation between the two countries.

Raisi said that holding joint economic meetings will be one of the signs indicating the resolve of the two countries to develop relations.