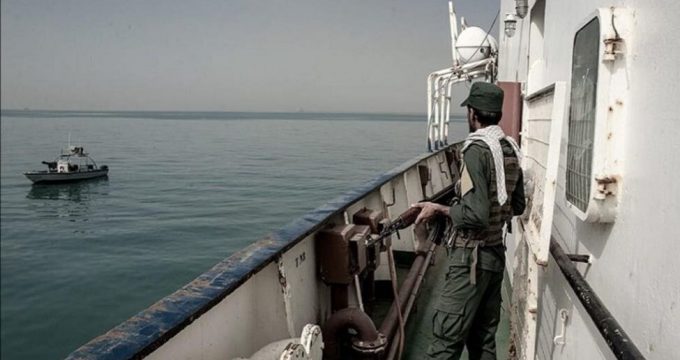 The Islamic Republic of Iran Navy (IRIN) commander announced the homecoming of the 84th IRIN Information and Operation Naval Fleet at the end of their 86-day mission in free and international waters, in which two US unmanned vessels were seized.

The welcome ceremony of the 84th IRIN Information and Operation Naval Fleet, dispatched for information and operation mission in free and international waters was held on Friday evening in the 1st Naval District of the IRIN in Bandar Abbas Port.

Rear Admiral Shahram Irani said in the ceremony, “The 84th IRIN Information and Operation Naval Fleet of the IRIN with its mighty presence in the remote parts of the oceans, especially in the Red Sea area, managed to escort the Iranian ships and establish the highest level of naval security in a region where the presence of non grata forces in that region had put naval security at stake.

“He added that the Iranian Navy personnel accomplished that perilous mission in memory of their companions who had earlier stood face-to-face with the unjust forces, and managed to stop and confiscate two US floating objects in this mission.

The IRIN commander added, “The United States had better know if it is supposed to have sailing missions in a region it must definitely abide by the international sailing rules and regulations, and the Islamic Republic of Iran with its mighty presence in the region and beyond encounters any move that can put at stake the naval safety and security resolutely and defiantly.

He added that the great honor of this naval fleet in the remote parts of the oceans is direct encounter and defiance against the criminal American forces, reiterating, all these feelings of pride have root in the strong faith in God of the lion-hearted IRIN personnel, and their professional expertise.

Rear Admiral Irani further reiterated that the IRIN has currently 64 warships commissioned for escort missions, which are fully equipped with the most advanced devices and are capable of accomplishing the most complicated missions.