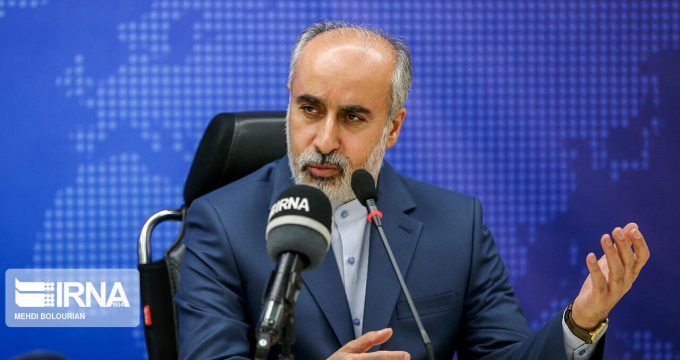 In reaction to the EU’s Josep Borrell, an Iranian Foreign Ministry spokesman said that the garden and jungle metaphor arises from an utterly unacceptable colonial mentality that gives the West a right to invade and occupy.

“The garden/jungle metaphor arises from an utterly unacceptable colonial mentality that gives the West a right to invade & occupy. That era has long gone. Multipolarity is on the doorstep. EU needs to adopt the realities, otherwise, it will continue to decline & fade,” wrote Nasser Kan’ani in reaction to the remarks of Josep Borell, the European Union’s High Representative for Foreign Affairs and Security Policy who compared Europe to a garden – and most of the world to a jungle – in a speech last Thursday at the European Diplomatic Academy in Bruges, Belgium.

“The jungle has a strong growth capacity… walls will never be high enough in order to protect the garden. The gardeners have to go to the jungle, and Europeans have to be much more engaged with the rest of the world. Otherwise, the rest of the world will invade us, by different ways and means,” he added.

His remarks provoked many reactions. Other politicians from across the world jumped to condemn Borrell’s comments.

Russian Foreign Ministry Spokeswoman, Maria Zakharova, responded to Borrell’s comments on Telegram, saying “The ‘garden’ was built by Europe due to the barbaric attitude to the plundering of the ‘jungle.’ Borrell could not say it better: the most prosperous system created in Europe was nourished by its roots from the colonies, which it ruthlessly oppressed.”

In reaction to the racist statements of Borrell, the Qatari Minister of Interior Hamad Bin Abdulaziz Al-Kawari said that his statements show the racism and cultural-moral decline of the West.

The West lacks leaders who are capable of making courageous decisions, the decisions that must be consistence with their capabilities and the reality of the West after the end of the colonial exploitation of the Southwest world, he said.