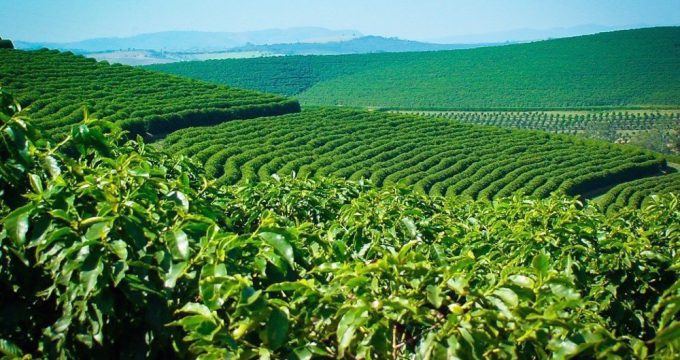 The head of the joint chamber of Iran and Brazil has announced the readiness of a Brazilian bank to support those Iranians who want to invest in overseas farming in the South American country.

According to Fakhruddin Amerian, the bank has announced its readiness to provide 80 percent of the funds, with another 20 percent to be shared by the investor.

Overseas farming has come to attention in recent years. Even though Iran has fertile soil in some regions, the rapid erosion of soil amid wrong traits such as a lack of crop rotation has prompted experts to explore various methods to ensure food security.

Food security is considered a key challenge of our time and a pivotal factor for sustainable development of communities and alleviating poverty.

Overseas cultivation is basically using the resources, capacities and facilities of other countries to produce the necessary agricultural products in order to preserve and improve food security.

For a long time, one of Iran’s aspirations has been self-sufficiency in strategic agricultural products such as wheat, oilseeds and livestock inputs, which requires sufficient water resources, but successive droughts in recent years and the lack of water resources have made it far-fetched of a goal.

Over the past two decades, Brazil has established itself as a head-to-head competitor with the United States in the global crop market. With its extensive land, low farmland prices, and an abundance of sunlight and natural resources, many US farmers and agriculture manufacturers have expanded operations into Brazil to take advantage of the rapidly growing industry.

South Brazil is suitable for growing wheat and rice. Amerian said the Brazilians are ready to provide Iranians with one million hectares of land, which they can even buy it if they wish.

Iran is currently importing livestock inputs, soybeans, corn, soybean meal, sugar, meat, and fruit concentrates from Brazil. Amerian said preliminary measures are being taken to import cotton from the country. Meanwhile, preparations have been made for exports of fruits, including dates and raisins, from Iran to Brazil.

Amerian also said that during his trip to Iran, the minister of agriculture of Brazil expressed his desire to import saffron and Iranian fruits. The two sides reached an understanding and the export of Iranian fruits to Brazil will begin soon, but no Iranian investor came up to export saffron to the country, he said.

Amerian touched on the impact of sanctions, saying banking problems with Brazil for goods transacted with money still continue.

The head of the joint chamber of Iran and Brazil described Brazil as one of the largest food producers in the world, saying Brazilians believe they provide food for one eighth of the world’s population.

Iran’s private sector, he said, is pushing forward the investment plans in Brazil, but the government must also get involved to develop business.

Brazil needs Iran’s petrochemical products and 3 million tonnes of its urea. “The export value of 3 million tonns of urea is about $2 billion, but we have not managed yet to export this volume of urea to Brazil,” Amerian said.

Before the beginning of urea barter with Brazil, Iran’s exports to the country were less than $100 million, but after the barter, they rose to about $1.5 billion, he added.