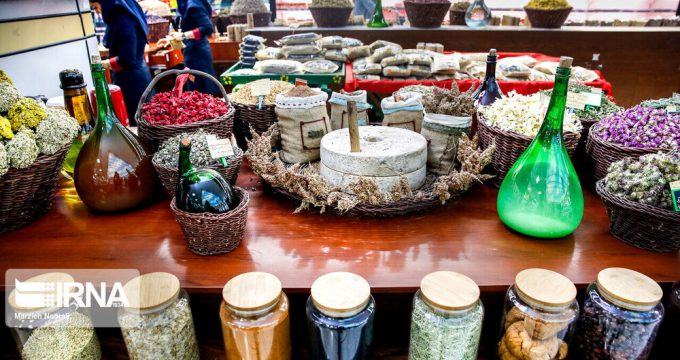 Medicinal plants industry to be introduced to global market

The technological capacities of the medicinal plants industry will be introduced to the global market by holding the sixth national festival and exhibition of medicinal plants and traditional medicine.

Scheduled for November 1-4, the exhibition will host 500 knowledge-based and creative companies that have produced and commercialized their products in the field of medicinal herbs and traditional medicine.

The event focuses on the goals such as “developing the innovation ecosystem in the field of medicinal plants”, “presenting the latest achievements and knowledge-based products of herbal plants”, “promoting the use of medicinal plants and traditional medicine” and “acquainting other countries with domestic technological capacities and exporting products”.

Iran ranks fourth worldwide in the production of science in the field of traditional medicine, and the remarkable achievement will improve in the coming years, Nafiseh Hosseini Yekta, the director of the health ministry’s Persian medicine office, has announced.

Currently, about 2,300 species of medicinal plants have been identified in the country, accounting for one-third of the medicines used in human societies, the share of world trade in these products is about $124 billion and Iran’s share is $570 million, which is only 0.5 percent of the total.

A national document has been prepared to define perspectives, macro policies, and strategies for technology development in the field of medicinal plants.

The Vice Presidency for Science and Technology is responsible for policy-making, coordination, monitoring, preparation, and formulation of operational plans, directing and following up interactions between the public and private sectors, and providing material and spiritual support for science, information, and so on.

The document seeks to achieve “20 percent of the value of the country’s medicine market by herbal medicines and natural products”, “20 percent of the market value of the country’s veterinary medicine”, and “increase exports of medicinal plants and herbal products to be among the top 10 countries in the world”, “3 percent share of the production of science in the field of medicinal plants”.

By combining the above plans, a comprehensive roadmap for the implementation of the document, which includes 360 separate operational plans, has been prepared and compiled.

In Iran, the area under cultivation of medicinal plants has reached more than 250,000 hectares.

Other measures in this area include increasing the number of knowledge-based and creative companies to 700, increasing health centers to 60, and producing more than 5,000 herbal products.