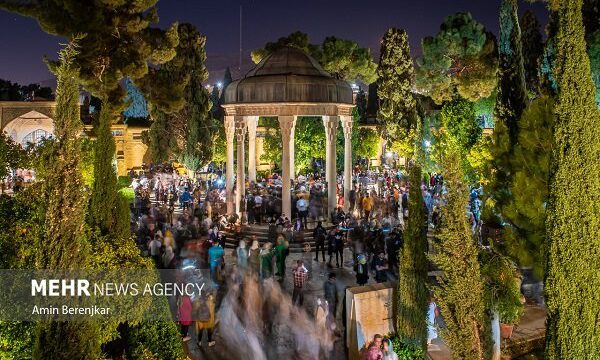 Iranians mark Hafez Day at his tomb in Shiraz

Iranian people and other lovers of Hafez from different countries will pay a visit to his tomb on October 12th to mark the Hafez Day.

October 12th is celebrated as Hafez Day in Iran. Many authors, scholars, and lovers from around the world come to Iran on this day to mark the occasion in Hafez’s tomb in Shiraz.

People gather at the tomb of Hafez to read his poems and hold special ceremonies.

Built in 1935, the tomb of Hafez is designed by a well-known French architect and archeologist Andre Godard. The tomb and its surrounding gardens are one of the greatest tourist attractions in Shiraz. 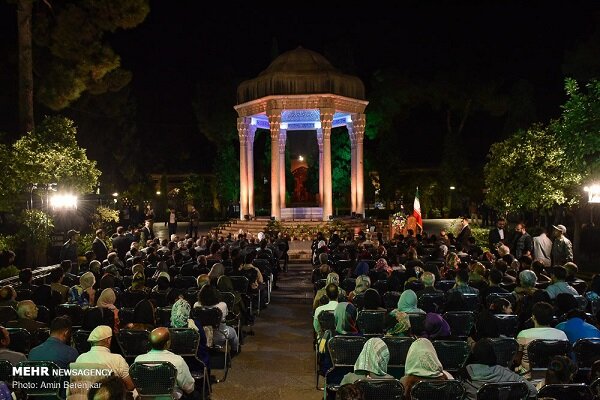 Born in (1315-1390), one of the most chaotic times in history, Khajeh Shamseddin Mohammad Hafez-e Shirazi is considered one of the greatest Iranian poets and mystics. The reason that he is called Hafez is the fact that he memorized the whole Quran. He is also entitled “Lisan Ul-Gheyb”, which means the language of the unseen.

Although Hafez is considered one of the most prominent poets in Iran and even across the world, his life is shrouded in mystery. There are various ideas and comments about his life but there is no single reliable source to rely on in this regard.

Hafez is believed to have been influenced by many authors before him like Omar Khayyam (who is also one of the most significant Iranian figures in mathematics, astronomy, and poetry). However, many critics symbolize Hafez as a bee that flies over different flowers to make the most delicious honey. 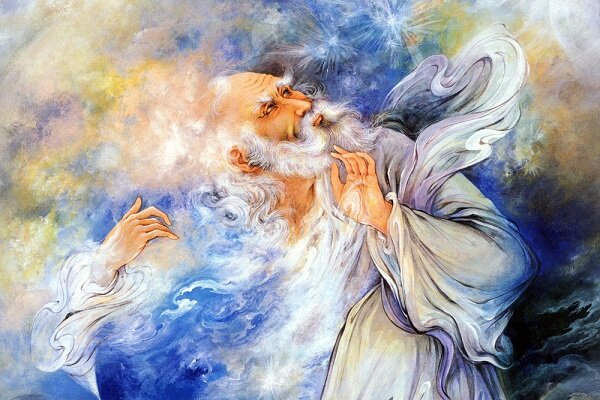 Generally, Hafez used to write mystical pieces of poetry known as “Ghazal”. This is considered a form of Arabic poetry that originates back in the 7th century. Hafez’s poetry holds a combination of rich imagery and symbolism. He is also a master of using ambiguity in his works. His poems are mostly emotional which indicates his searching soul.

The following poem is one of Hafez’s famous Ghazals:

That beautiful Shirazi Turk, took control and my heart stole,
I’ll give Samarkand & Bukhara, for her Hindu beauty mole.
O wine-bearer bring me wine, such wine not found in Heavens
By running brooks, in flowery fields, spend your days and stroll.
Alas, these sweet gypsy clowns, these agitators of our town
Took the patience of my heart, like looting Turks take their toll.
Such unfinished love as ours, the Beloved has no need,
For the Perfect Beauty, frills and adornments play no role.
I came to know Joseph’s goodness, that daily would increase
Even the chaste Mistress succumbed to the love she would extol.
Whether profane or even cursed, I’ll reply only in praise
Sweetness of tongue and the lips, even bitterness would enthrall.
Heed the advice of the wise, make your most endeared goal,
The fortunate blessed youth, listen to the old wise soul.
Tell tales of song and wine, seek not secrets of the world,
None has found and no-one will, knowledge leaves this riddle whole.
You composed poems and sang, Hafiz, you spent your days well
Venus wedded to your songs, in the firmaments’ inverted bowl.

Hafez’s famous book is Divan (a collection of poems). His book is very precious to Iranians so every Iranian family has it in their house. Iranian people gather to read Divan-e Hafez on different occasions such as Nowruz or Yalda Night.

Hafez did not compile his poetry. Some say that Mohammad Golandaam, who also wrote a preface to his compilation, completed it in 813 A.H or 1410 a.d, some 21-22 years after Hafez’s death. 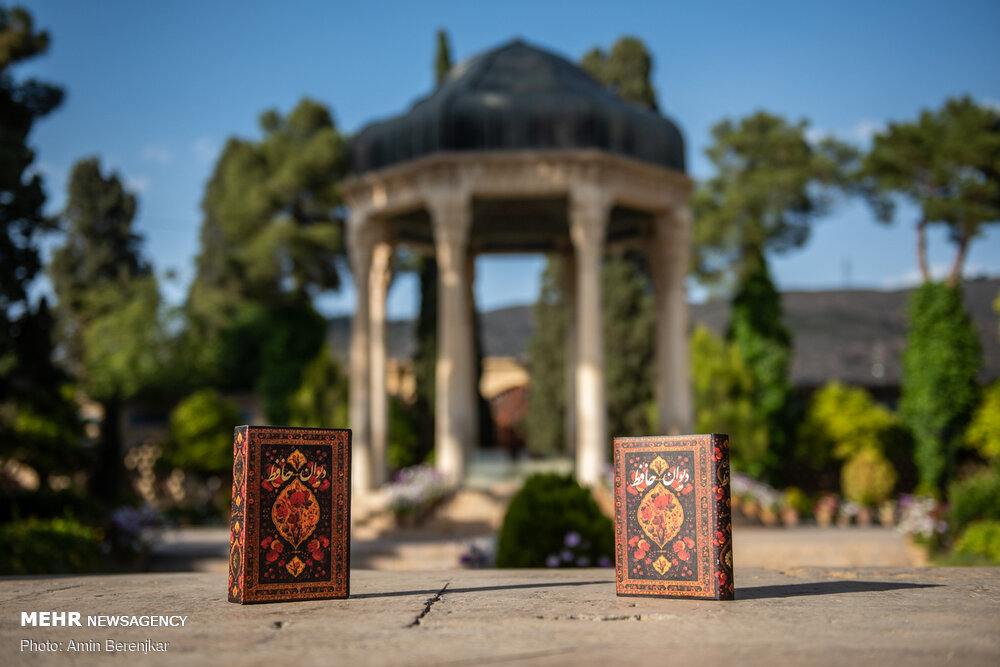 Johann Wolfgang von Goethe (1749-1832), the most renowned poet of German literature was deeply interested in Eastern literature and above all, Hafez poems which increasingly awakened his interest in Persian literature. The first impulse of Goethe in imitating Hafez was a framework to compose romantic poems but later the mystical aspects of Hafez’s poems attracted him.

The influence of Hafez Ghazaliat (the collection of his poems/ghazals) on Goethe was so profound that he composed his collection of poems in order to imitate Hafez and named it the “West-Eastern Divan”.

A professor of Universität Klagenfurt, Austria, said at Shiraz University that it is not deniable that Johann Wolfgang von Goethe wouldn’t have written the prestigious West-Eastern Divan without being inspired by Hafez.

Goethe came across a translation of Hafez when he was about 65 years old, which changed his life. Hafez, as the biggest Iranian poet, had a great impact on Goethe’s life, she said.

Goethe could establish an image of the mystic terms and language of Hafez. His understating of Hafez made him compose 15 new pieces in a week. Goethe composed Western poetry with Eastern content, she added.

She said that he interwove Eastern literature and the Old Testament to make it fathomable for the people of the West, though the book had an Easter theme.

Later, he got interested in other elements of Persian Literature. He even tried to copy the Perso-Arabic script from Eastern books, Professor Bosse said.

In the West-Eastern Divan Goethe tries to make the understanding of the two people closer to each other and show that man should develop his nature.