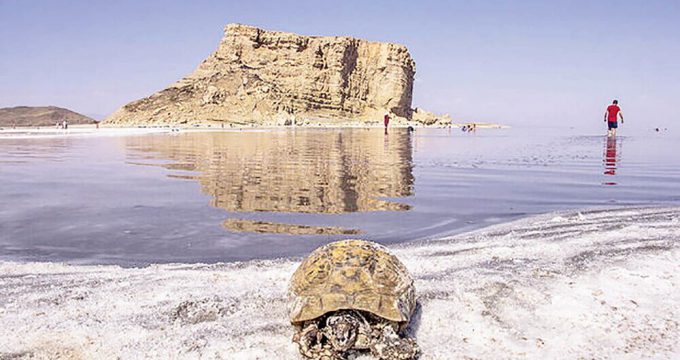 The government’s policy is to finalize and complete the previous plans for the restoration of Lake Urmia, the deputy head of the Department of Environment for marine environment and wetlands, has said.

The water transfer plans, costing 60 trillion rials (nearly $187 million), are to be completed and put into operation over the next six months, IRIB quoted Mojtaba Zoljudi as saying on Tuesday.

Eliciting people’s participation, managing water resources, increasing agricultural productivity, and examining and diagnosing the previous government’s projects are other plans of the government to revive this lake, he explained.

This is while, Hessam Ahmadi Birgani, an environmental professor at Urmia University said that the restoration of Lake Urmia is unlikely in the current conditions.

When water is lost, sand and salt flats increase, and at the same time, many organisms living in the lake are lost, and migratory birds no longer come to this area, so the marine ecosystem is destroyed, he lamented.

Lake Urmia started to dry up in the 2000s, and although it revived at some point over the past few years, it is in serious danger these days.

Lake Urmia, located in northwest Iran, is the largest lake in West Asia and the sixth-largest Salt Lake in the world with a water surface area of 5,000 to 6,000 km2. The lake is designated for the List of Wetlands of International Importance, Ramsar Site, as well as a UNESCO World Biosphere Reserve, which is a protected area with the aim of conserving nature and culture in the region and community development.

After 7 years and spending about $4 billion, the condition of Lake Urmia was returned to its first point, Somayeh Rafiei, a member of the Majlis (Iranian Parliament) said.

Based on the studies and according to the statement of the Lake Urmia Restoration Program, 18 percent of the drying was due to climate change and 82 percent was due to the mismanagement of water resources in the catchment area, she lamented.

According to experts’ forecasts, evaporation will continue in Lake Urmia until the end of September, and the water level will reach the level of the first day of the Lake Urmia restoration project, and the south of the lake will be completely dry, she lamented.

Department of Environment (DOE), Iran's Lake Urmia October 12, 2022
Iran, Kyrgyzstan call for introducing visa-free scheme
West knows that Islam is only power that can stand against it