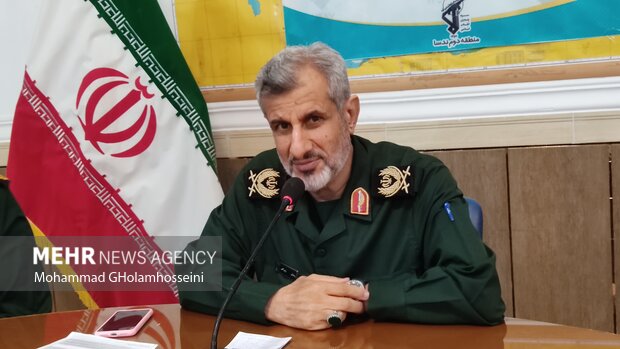 IRGC Navy: US to see Iran’s offensive might in case of any aggression

“The Persian Gulf is always monitored day and night, and adversary countries do not dare to cross [Iran’s] territorial waters,” Admiral Ramezan Zirrahi, the commander of IRGC naval forces in Naval District 2 in the Persian Gulf said on Tuesday in Bushehr in south Iran.

The commander also said, “Our offensive, defensive and drone power in dealing with the enemies in the Persian Gulf has increased significantly,” while remembering the sacrifices and great fight the Iranian naval forces made against the US Navy back in 1987 during the Iraqi Ba’ath regime war imposed war on Iran.

Remembering the martyrs in the direct battle with the United States in the Persian Gulf, Admiral Zirrahi added, “October 8 1987 has been named as IRGC Navy Day, and a special program is planned for remembering this day every year.”

He added that the IRGC Navy commander Rear Admiral Tangsiri will also attend the remembering day a few days later.

He went on to stress that “No country, including the United States, dares to invade Iran’s territorial waters because they are well aware of Iran’s might and the advanced military, defense, drone and missile equipment of the IRGC Navy.”

“America and the adversary countries in the Persian Gulf do not have the power and courage to stop the vessels of the Islamic Republic of Iran, because they know that there will be a tough attack against them,”  the commander of IRGC naval forces in Naval District 2 in the Persian Gulf.

He concluded by warning that the US will see Iran’s offensive power in case of any aggression.