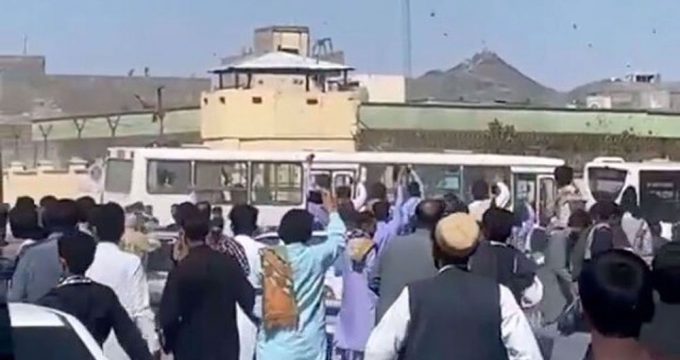 An informed Iranian intelligence source says two members of a group affiliated with the al-Qaeda terrorist group have been killed in clashes in southeastern province of Sistan and Baluchestan.

The separatist group claimed responsibility for a deadly attack on a police station in the southeastern city earlier on Friday, during which unidentified gunmen opened fire and hurled Molotov cocktails at the security facility, prompting the police forces to return fire.

Following the attack on the police station in Zahedan, an armed group gathered near the Makki mosque and started shooting, which prompted the security forces to immediately rush to the scene.

The terrorists also torched a fire engine, an emergency station, and a bank, among other places in the city but their attempts to continue rioting failed following the timely presence of security forces.

Ali Mousavi, commander of the intelligence unit of Iran’s Islamic Revolution Guards Corps (IRGC) in the southeastern province, was killed in clashes with the terrorists in the attack on the Makki mosque.

Mousavi was injured by a bullet in the chest and was taken to the hospital, but he succumbed to his wound.

Sistan and Baluchestan’s Governor Hossein Modarres Khiabani said at least 19 people, including police members, were killed and 20 injured in the terrorist attack at the police station in Zahedan.

Fars news agency reported on Saturday that three members of the IRGC and Basij military volunteer forces were among theses martyred in the terrorist attack in Zahedan.

Sistan and Baluchestan – which borders Pakistan — has witnessed several terror attacks targeting both civilians and security forces over the past years.

Terrorist groups carrying out attacks against Iranian interests in southeastern and southwestern parts of the country have known links to a number of repressive regimes in the Persian Gulf region.

Iran’s security forces have invariably protected the border areas and managed to repel almost the entire terrorist attacks by foreign-backed anti-revolution elements across the country.