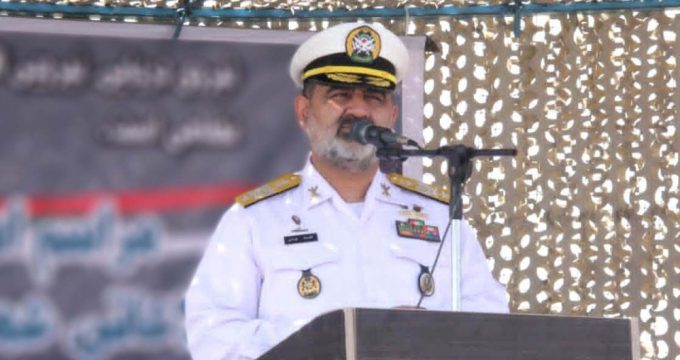 The Chief Commander of Iran’s Army Navy Force Rear Admiral Shahram Irani on Friday announced the beginning of the mission of 86th Naval Fleet to sail azure waters across the globe.

Regarding the measures taken by Iran’s Army Navy in the field of international sailing, Irani said that after the incident happened to Iranian vessels when pirates stole the country’s vessel, Iran’s Army Navy started increasing security of its ships according to the recommendations of Leader of the Islamic Revolution as of 2007 in a way that the Army Navy has so far escorted about 5,000 vessels.

He announced the message of 86th naval fleet of the Army Navy Force “as peace and friendship”.

Elsewhere in his remarks, the chief commander of Iran Army Navy pointed to the simultaneous presence of three flotillas in high seas and stated that all these three destroyers have completely been manufactured by expert Iranian engineers which is the salient specification of the mission.

“Jamaran”and “Sahand” destroyers were put on sail in the Gulf of Aden and Red Sea in one naval fleet while Dena destroyer has recently been sailed in 86th naval fleet, the Chief Commander of Iran’s Army Navy Force added.