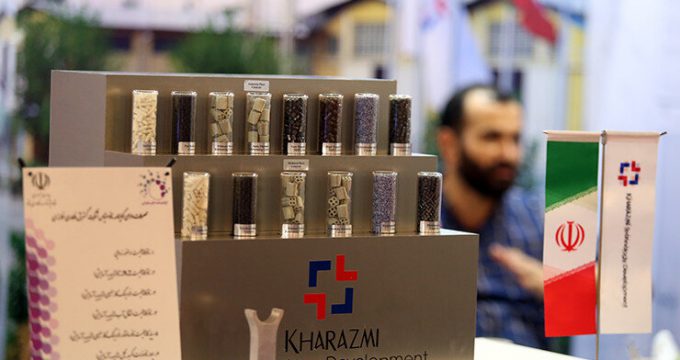 The Vice presidency for Science and Technology has supported Iranian companies to expand their markets for nanotechnology products in six countries.

The overseas representatives of the Vice presidency office in different countries are marketing and networking the sale of Iran’s nanotechnology products.

Currently, the products are being exported to six countries of Italy, Turkey, Thailand, the Philippines, Armenia, and Syria.

Their efforts in Italy have led to negotiations to register the activities of one of the knowledge-based companies and to export semi-industrial and industrial electrospinning machines.

Also, negotiating for the export of diagnostic kits to Syria is one of these achievements.

In Thailand, the cooperation agreement with 2 Iranian technology companies for the export of synacorcumin products has been extended.

Some 1,498 support services worth 45 billion rials (around $160,000) have been provided to 256 companies holding a nanoscale certificate.

One of the industries that have experienced good growth in Iran in recent years, proving the country’s scientific development, is the nanotechnology industry, a subject area that has brought Iran to the world’s fourth place.

Currently, nanotech products are produced and marketed in more than 15 industrial fields based on domestic technologies and are being exported to 49 countries from five continents.

Over the past year (ended March 20), the total sale of Iranian nanoproducts has been equal to 115 trillion rials (nearly $425 million).

The expansion of nanotechnology export programs in recent years and the establishment of bases for exporting nanotechnology products to China, India, Indonesia, Syria, Turkey, and Iraq have provided the opportunity for the entry of Iranian nanotechnology goods, equipment, and services into global markets.

Some 270 companies are active in the nanotechnology field and it is predicted that their revenue will reach up to 80 trillion rials (nearly $310 million), Vice President for Science and Technology, Sourena Sattari, announced.

Iran’s ranking in nanotechnology articles citation in 2019 has significantly improved compared to 2018, as it moved 26 levels higher, according to StatNano’s statistics collected from the WoS database.

Based on a report Nanotechnology Publications report, Iran ranked 38 worldwide for the average number of times the nano-articles have been cited in the Journal Citation Reports in 2019, while in 2018, it was placed 64.

It also ranked 4th for the highest number of nano-article publications.