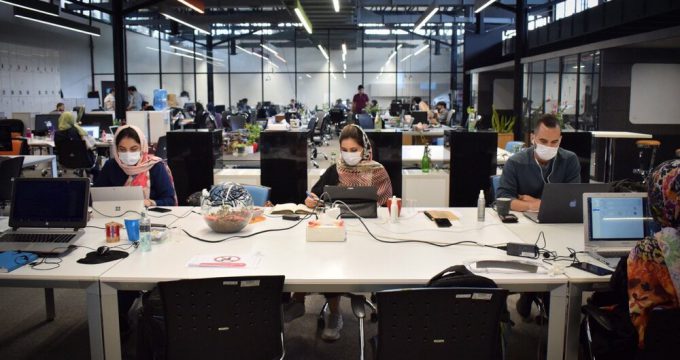 According to the Global Innovation Index (GII 2022) report, Iran is the second most innovative country in the Central and South Asian region and the third among low-middle income countries.

According to the 2022 GII, Switzerland, the United States of America, Sweden, England, and the Netherlands are the most innovative economies in the world, and China is on the verge of entering the world’s 10 most innovative countries.

The top global companies increased their R&D spending by almost 10 percent to more than $900 billion in 2021, more than in 2019 (before the pandemic).

In the annual ranking of innovation capacity and output of world economies, key changes are observed in the top 15 countries. Vietnam (48th), Iran (53rd), and the Philippines (59th) are middle-income economies with the fastest growth in innovation performance to date.

With 7 ranks of promotion compared to 2021, Iran has been ranked 53rd in the world, second in the Central and South Asian region, and third in low-middle income countries, and for the second consecutive year, the innovation development rate is higher than expected.

Iran is leading in indicators such as trademark registration (rank 1) and science and engineering graduates (rank 2). In terms of innovation outputs, Iran has a performance similar to high-income European economies such as Latvia (rank 41) and Croatia (rank 42).

Over the few past years, with the support of the Vice Presidency for Science and Technology, the Iranian house of innovation has been set up in several countries to develop the global market for knowledge-based products.

These centers have already been set up in countries such as Russia, Turkey, China, Syria, Kenya, Iraq, and Armenia.

Mehdi Ghalehnoei, an official with the vice presidency for science and technology, said in February that in the past Iranian calendar year which ended on March 20, knowledge-based companies gained about $800 million in revenue from export, and in the current year, the figure seems to reach up to $2 billion.

Africa, neighboring countries, Southeast Asia and Eurasia are our export target priorities, and we hope to create Iranian innovation and technology in all these areas, he added.

Knowledge-based companies and creative startups have grown over the past five years, and Iran has risen 45 places in the Global Innovation Index, according to the UNESCO 2021 Report.

The Global Innovation Index in Iran from 2015 to 2019 has risen from 106 to 61 with continuous improvement, showing 45 steps of growth.

The development of accelerators and innovation centers over the last five years has led to a rapid increase in startups and knowledge-based companies.

Between 2014 and 2017, exports of knowledge-based goods grew by a factor of five, before slumping in 2018 after the U.S. withdrew from the Joint Comprehensive Plan of Action (2015), commonly referred to as the nuclear deal, and re-imposed sanctions.

The report states that innovation in Iran has developed rapidly over the past five years, and by the end of last year, 49 accelerators and 113 innovation centers had provided services to start-ups with the participation of the private sector.