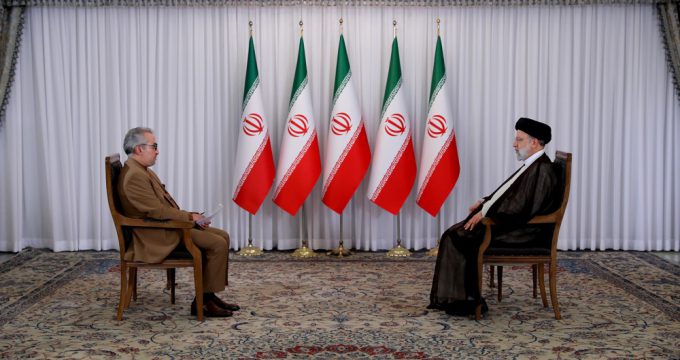 Iran’s President Ebrahim Raisi on Wednesday reiterated that a “good and fair” deal to salvage the 2015 nuclear agreement is within reach if the other side provides strong guarantees that it will not violate the agreement again.

Addressing the nation in a live broadcast on Wednesday evening, President Raisi spoke about his recent visit to New York where he took part in the 77th session of the UN General Assembly.

Asked about the stalemate over the revival of the 2015 deal, known officially as the Joint Comprehensive Plan of Action (JCPOA), Raisi said he made it clear during this trip that Tehran needs strong guarantees that it can reap the economic benefits from the deal and the other party will not unilaterally withdraw from it again.

The former US administration of Donald Trump unilaterally walked out of the historic accord in May 2018, and reinstated crippling sanctions on Iran under the so-called ‘maximum pressure campaign’, despite Iran’s full compliance with the terms of the agreement.

President Raisi also said the safeguards issue should be terminated by the International Atomic Energy Agency (IAEA), calling on the UN nuclear agency to stop politicizing the Iranian nuclear program and avoid coming under the influence of the Israeli regime.

He further stressed that all sanctions imposed on Iran by the former US administration need to be removed.

In recent months, there have been indirect exchanges between Tehran and Washington over an EU draft proposal on restoring the JCPOA, with Iranian officials urging their American counterparts to show “realism” and “flexibility” in order to secure a deal.

European diplomats say talks now appear headed toward a stalemate until after the US mid-term elections on November 8.