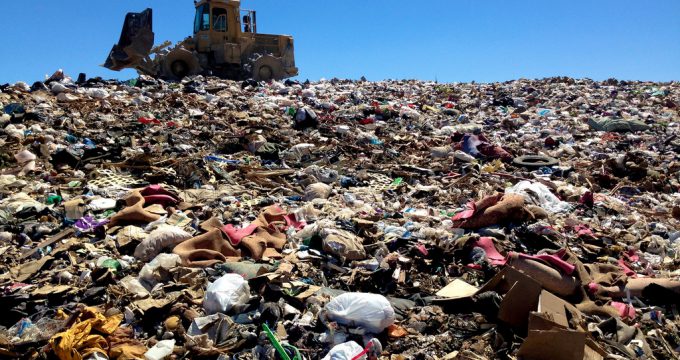 In 2021, Iran ranked 17th in terms of waste production, according to the World Population Review.

Green Consumer Day is celebrated globally on September 28, which raises awareness around recycling, reusing, and reducing products and waste.

Although there will be pollution as long as there is consumption in any way, it can be kept to an acceptable level by considering green options so as not to cause excessive pollution of the environment.

Some 45,000 tons of waste are produced in urban areas and 10,000 tons in rural areas and the average per capita waste production per person is 760 grams in cities and 485 grams in villages. Some 65 percent of waste is “wet” and 35 percent is “dry”, while 25 percent is processed and the remaining 75 percent without processing is buried directly and only 10 percent is separated at the source.

Every Iranian consumes an average of three plastic bags daily, and the average life of each bag is only 12 minutes, while it remains in nature for hundreds of years. In addition to this, disposable plastic containers, plastic tablecloths, plastic packaging, etc., have been produced in large quantities in the country, which have been used a lot due to the change in people’s lifestyles in recent decades and has put double pressure on the environment.

Considering the high rate of waste produced in the country and its harmful effects on human health and the environment, it seems that the revision of waste management is very important. One of the ways that many countries have taken to reduce waste production is “zero waste”.

“Zero waste” is a kind of lifestyle in which a person decides to take full responsibility for the waste they produce during the day and night, and also tries to bring the production of waste closer to zero.

In the zero-waste lifestyle, people try to avoid luxurious life as much as possible at the beginning. In the next step, people with this lifestyle try not to produce waste. When the generation of waste is unavoidable, people regularly and carefully separate the waste properly.

We humans can never achieve zero-waste. It is only the name of a lifestyle, but if the conditions of the society and infrastructure are available, we can only approach it.

Refraining from buying items or buying in different models that do not have waste is the main way of this lifestyle. Production should also move towards packaging that is renewable and returnable to nature.

First of all, we should be able to motivate Iranian citizens to move towards a lifestyle of zero waste, along with other measures and sectors of production, industry, and services of the government. After creating the cultural infrastructure, we need to take steps in production and packaging.

Today, one of the most important environmental problems in the country is the mismanagement of waste, which incurs a loss of 448 trillion rials (nearly $1.7 billion) annually.

Annually, more than 61 million tons of various types of waste are produced in Iran, according to the DOE, an estimated 10 to 17 percent of the total produced waste is recycled. While in developed countries this number reaches up to 70 percent.