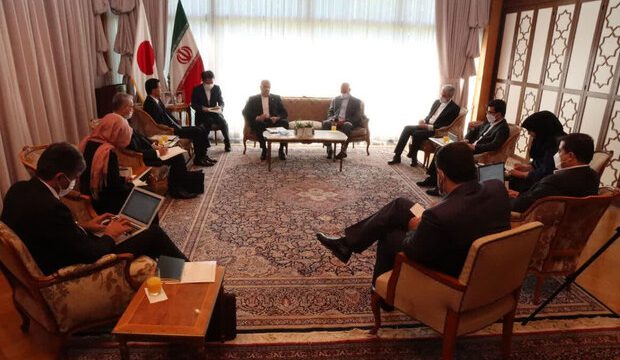 Owji, who left Tehran for Tokyo on Saturday at the head of a delegation to attend several meetings and consult with Japanese energy heavyweights, has had intensive meetings in Japan.

He met with CEOs of major oil and gas companies in Japan, including Toshiaki Kitamura, CEO of Inpex, Takeshi Saito, CEO of Eneos, Yamamoto, CEO of Fuji Oil, Tramura, member of the board of directors of Nippon Export and Investment Insurance (NEXI), Haba, the CEO of Mitsubishi Oil and Gas, and the CEO of Maroubani Company.

Owji talked about investment opportunities in the upstream and downstream sectors of Iran’s oil industry, as well as cooperation and trade in energy carriers and technology.

During this visit, the Oil Minister also attended the memorial ceremony of the late Japanese President Shinzo Abe on behalf of the administration of the Islamic Republic of Iran.

On the sidelines of the ceremony, in an interview with the Japanese state network (NHK), he said, “Iran does not wait for the revival of the Joint Comprehensive Plan of Action (JCPOA), and is trying to attract foreign investment and is 100% ready to accept investment from Japanese companies.”