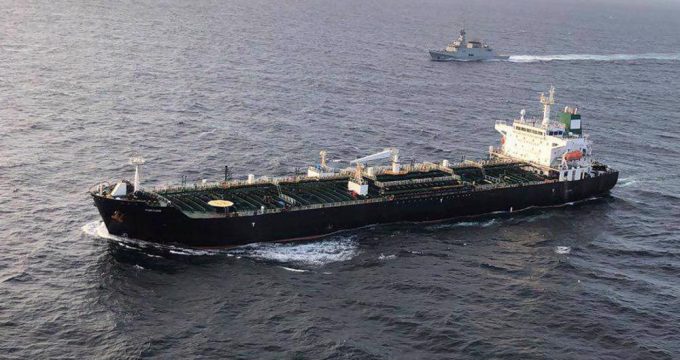 They arrived in Venezuelan waters this month and are about to discharge their cargoes at Venezuela’s Jose terminal in the coming days, they said.

One of the tankers has been identified as very large crude carrier (VLCC) Huge, operated by National Iranian Tanker Company (NITC).

The two countries have ramped up trade in the face of US sanctions. Earlier this year, the Naftiran Intertrade Company Ltd and other state companies signed a 110-million-euro contract with PDVSA to revamp a Venezuelan refinery and supply oil to the firm.

Iran’s condensate shipments under a swap deal signed in the second half of last year have helped Venezuelan PDVSA sustain its oil output which had been severely paralyzed under the US sanctions.

PDVSA’s swap contract with the National Iranian Oil Company (NIOC) provides it with a steady supply of condensate, a high-value light crude, as a diluent.

The bituminous crude from the Orinoco Belt, Venezuela’s largest producing region, requires mixing before it can be transported and exported.

The two countries have also exchanged Iranian gasoline for Venezuelan jet fuel under an agreement signed in 2020 which marked thousands of Venezuelans queuing up in miles-long lines to try to fill their cars with motor fuel.

Iran’s supply of condensate helps Venezuela stabilize exports of the Orinoco’s crude blends and allows its own lighter oil to be refined in the country to produce badly needed motor fuel.

In the face of the sanctions, the Islamic Republic has stepped in to help its South American ally with engineers, refined products and spare parts for its oil industry.

Last year, Venezuela began receiving a shipment of catalysts from Iran to help it produce fuel. It came after Iran sent more than a dozen flights to Venezuela to help restart Cardon refinery and alleviate acute gasoline shortages.

The US government has said it is “concerned” about increased cooperation between Iran and Venezuela in their oil sector.

Venezuelan President Nicolas Maduro made an official visit to Iran in June, inking a 20-year partnership agreement aimed at improving bilateral cooperation in various fields such as technology, agriculture, oil and gas, petrochemicals, tourism as well as culture.

Earlier this month, Maduro said his country had received an “advanced” oil tanker – the third built by Iran and delivered to the South American country.

The fourth and last tanker will join PDVSA’s fleet in 2024 as part of a contract signed in 2006. They are built by Iran Marine Industrial Company (Sadra) in the Persian Gulf port of Bushehr.