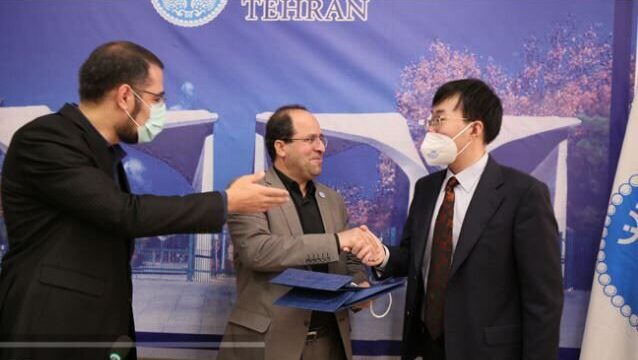 Mohammad Moghimi, the chancellor of the University of Tehran, has proposed setting up the association of prominent universities of the member countries of the Shanghai Cooperation Organization (SCO) in Iran.

Moghimi proposed the idea in a meeting with Chinese Ambassador to Iran Chang Hua which was held in Tehran on Monday. The Chinese official announced readiness to share the proposal with relevant departments in China.

Establishing a common scientific information base, awarding scholarships to students of the member countries of the SCO, holding joint courses, and implementing joint research topics and projects are among the goals of pursuing the implementation of the proposal to form a union of prominent universities of the SCO member countries, Moghimi said.

“The proposal will soon be sent to the Chinese Embassy in Tehran and also to the Secretariat of the Shanghai Organization from the Ministry of Foreign Affairs,” he stated.

The University of Tehran has plans to set up a branch in Iraq and Lebanon, he stated, expressing readiness to establish a university branch in China.

Moghimi named China as one of the countries in the priorities of Iran’s scientific diplomacy and expressed hope to enhance academic relations between Iranian and Chinese universities.

The history of friendly relations between Iran and China turns back to 2000 years ago and we attach great importance to the teaching of the Persian language in China, Hua stated for his part.

It is a form of new diplomacy and has become an umbrella term to describe a number of formal or informal technical, research-based, academic, or engineering exchanges, within the general field of international relations.