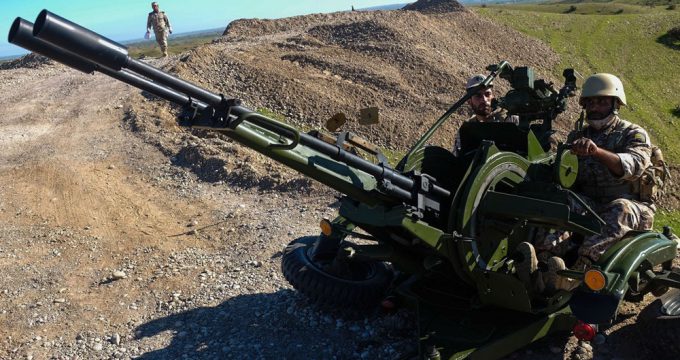 According to a report published by Tasnim news agency, the IRGC’s Ground Force launched the new round of artillery and drone attacks against terrorist bastions in northern Iraq on Monday morning.

It added that the IRGC units employed smart and precision-strike weapons during the operation, and pounded the gatherings, training camps and operations rooms of terrorist groups in the Iraqi Kurdistan region.

The IRGC said in a statement at the time that Iranian forces gave a decisive response to the terrorists’ attacks after the Kurdistan Regional Government (KRG) officials failed to adopt an appropriate measure and did not pay due attention to numerous warnings given to them against the deployment and activity of anti-revolutionary mercenaries and terrorists against the Islamic Republic.

The statement added that operations would continue in order to “ensure sustainable border security and punish criminal terrorists” and hold officials in northern Iraq accountable towards fulfilling their legal duties in accordance with international regulations.

Iran has on countless occasions warned KRG authorities that it will not tolerate the presence and activity of terrorist groups along its northwestern borders, saying the country will give a decisive response should those areas become a hub of anti-Islamic Republic terrorists.

Back in May, the IRGC struck and demolished positions of terrorist groups operating near the country’s western borders in Iraq’s northern Kurdish regional capital of Erbil.

Also in September last year, the IRGC launched an attack in northern Iraq, where it destroyed four bases belonging to hostile groups.

“Counterrevolutionary groups have been organized by intelligence services of hostile and foreign countries and even some Arab states in northern Iraq” to be used “in line with [achieving] their goals and creating obstacles in the way of the Islamic Republic,” the deputy commander of the IRGC Ground Force’s Hamzeh Seyed al-Shohada Base in northwestern Iran, Brigadier General Majid Arjmandfar, said back then.