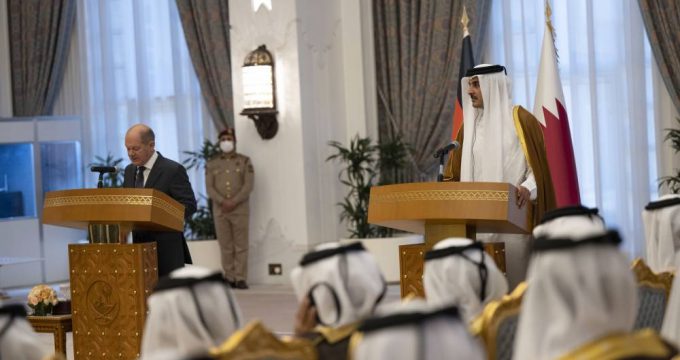 Germany and Qatar have expressed their support for efforts aimed at reviving Iran’s 2015 nuclear deal, officially known as the Joint Comprehensive Plan of Action (JCPOA).

The United States, under former president Donald Trump, abandoned the JCPOA in May 2018 and launched a “maximum pressure” campaign against the Islamic Republic in order to destroy the agreement.

Talks to salvage the agreement kicked off in the Austrian capital of Vienna in April last year, months after US President Joe Biden succeeded Donald Trump, with the intention of examining Washington’s seriousness in rejoining the deal and removing its anti-Iran sanctions.

Qatar’s Emir Sheikh Tamim bin Hamad Al Thani said in a joint press conference with Germany’s Chancellor Olaf Scholz in Doha on Sunday that the two leaders had agreed on the significance of supporting the Vienna-based diplomatic efforts to conclude an agreement on restoring the JCPOA.

Sheikh Tamim noted that the accord would contribute to enhancing security and stability in the region.

In recent weeks, there have been unfruitful, indirect exchanges of responses between Tehran and Washington over an EU draft proposal on restoring the JCPOA, with Iranian officials urging their American counterparts to show “realism” and “flexibility” in order to secure a final agreement.

Olaf Scholz’s visit to Doha came as part of his two-day visit to the Persian Gulf region that focused mainly on securing new fossil fuel supplies amid a major energy crisis in Europe. The tour began on Saturday and included visits to Saudi Arabia and the United Arab Emirates.