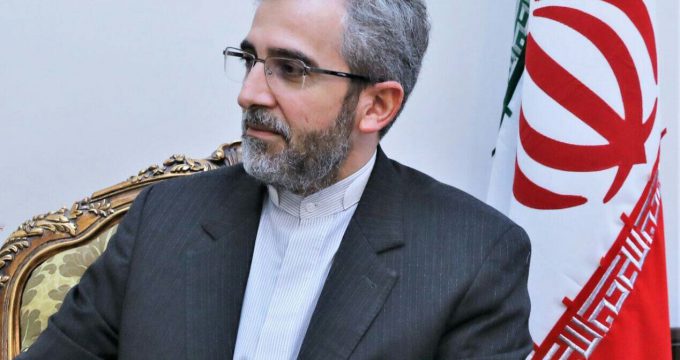 “The EU’s deafening silence & over-compliance with the U.S. unlawful unilateral sanctions as well as widespread & systematic violations of the human rights of innocent Iranian people, as documented by @AlenaDouhan, is emblematic of its double standards vis-à-vis human rights,” Bagheri Kani tweeted on Monday.

“The basic question is: how can the European States that refuse to provide medicine and bandages needed to mitigate the endless sufferings and pains of butterfly children and cause the death of these innocent children, be concerned about the situation of human rights in Iran?” he added.

In a statement on behalf of the EU, foreign policy chief Josep Borrell has criticized Tehran for what he calls a “disproportionate” use of force against protesters, hinting that the European Union may issue sanctions over the crackdown.

Iran has witnessed incidents of street violence over the past few days in the wake of the death of a 22-year-old woman, Mahsa Amini, in hospital after she was detained by police.

Despite clarification on the circumstances surrounding Amini’s death, violent protests led to attacks on security officers and acts of vandalism against public property as well as ambulances and police vehicles.