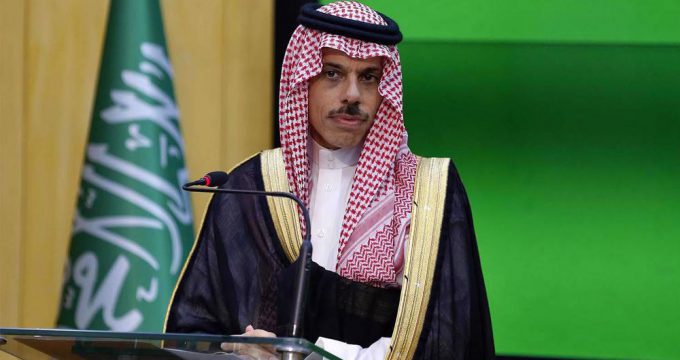 Saudi FM: We intend to build positive relationship with our neighbors in Iran

Saudi Arabia’s foreign minister says his country intends to establish close and friendly relationship with Iran since representatives from both states have held several rounds of talks in the Iraqi capital of Baghdad as part of a diplomatic process aimed at mending bilateral ties.

“We certainly have the intent to build a positive relationship with our neighbors in Iran,” Prince Faisal bin Farhan Al Saud told English-language France 24 television news network in an interview on the sidelines of the 77th UN General Assembly in New York.

He, however, added that there were still differences with Tehran that currently precluded him meeting with his Iranian counterpart Hossein AmirAbdollahian.

Iraq has hosted five rounds of talks between Saudi Arabia and Iran at the level of intelligence and security heads since last April.

Back in July, AmirAbdollahian appreciated the “constructive” role of Iraq in advancing regional dialogue and said there has been “progress” in the last five rounds of talks with Saudi Arabia.

He said he had told Iraqi mediators that Tehran is ready for a new political and security phase with Riyadh, expressing hope that the measure would “eventually lead to the return of Saudi Arabia and the Islamic Republic of Iran relations to normal.”

The kingdom then pursued a confrontational foreign policy toward the Islamic Republic, especially during the administration of former US president Donald Trump, with whom the Saudi rulers shared close ties.

The two neighbors remain deeply divided over a set of regional issues, mainly the destructive Saudi war on Yemen.

Elsewhere in the interview, the Saudi foreign minister noted that Riyadh had concerns about a possible revival of the 2015 Iran nuclear deal, officially known as the Joint Comprehensive Plan of Action (JCPOA), especially over the International Atomic Energy Agency (IAEA) inspections.

The top Saudi diplomat said that any agreement on the resurrection of Iran deal was better than no deal.

The United States, under Trump, abandoned the Iran deal in May 2018 and reinstated unilateral sanctions that the agreement had lifted.

Meanwhile, Iraqi Prime Minister Mustafa al-Kadhimi said the Baghdad government has managed to bring together neighboring Iran and Saudi Arabia as they are engaged in rapprochement talks.

“The stability of the region has positive impact on the situation in Iraq,” Kadhimi told Iraqia News television network.

He pointed out that “Iraq has succeeded in bringing together the viewpoints of Iran and Saudi Arabia, and managed to restore relationship between other countries.”

“We will contribute to anything that would help stabilize the region,” the Iraqi prime minister stressed.