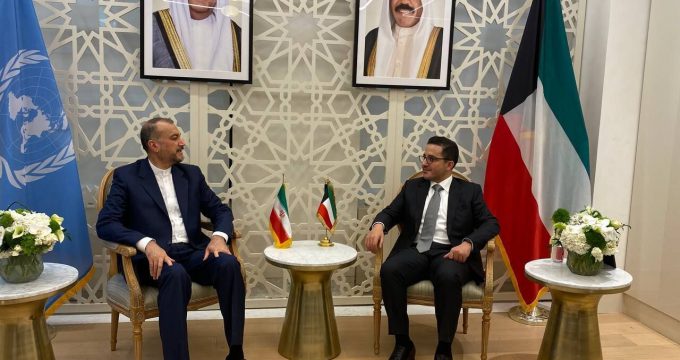 Iranian Foreign Minister Hossein Amirabdollahian and his Kuwaiti counterpart Ahmed Nasser Al-Mohammed Al-Sabah, in a meeting in New York on Saturday, reviewed issues of bilateral significance, as well as ways to cooperate in the Persian Gulf region, and expansion of relations among neighbors.

The two foreign ministers met in the US city on the sidelines of a UN General Assembly meeting.