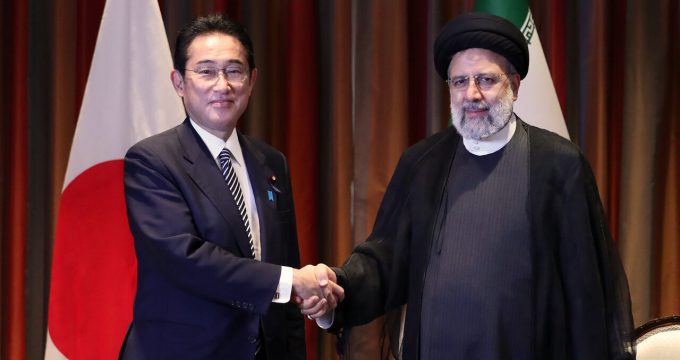 Iranian President Ebrahim Raisi has called for creating innovative ways to prevent the negative impacts of sanctions on relations between Tehran and Tokyo.

Preisdnet Raisi made the remarks in a meeting held in New York on Wednesday with Japanese Prime Minister Fumio Kishida.

Reminding the late Japanese Prime Minister who was interested in enhancing ties with Iran, President Raisi said Tehran and Tokyo can grow bilateral relations as there is a long record in their cooperation in various fields.

Criticizing the US unilateral withdrawal from the July 2015 nuclear deal in May 2018, the president termed Islamic Republic’s attitude towards the nuclear issue as reasonable that can be defended.

He went on to stress that Iran is ready to reach a fair agreement.

Due to the US negative record, it is necessary to get guarantee in order to prevent repetition of bitter experience, he underlined.

On the regional negotiations, the president said the talks in the region would end in success only when the foreigners do not interfere in.

For his part, the Japanese premier expressed satisfaction over his meeting with the Iranian president.

Kishida noted that his country is ready to develop ties with Iran in varied areas.

Japan respects the current efforts to achieve a nuclear agreement.