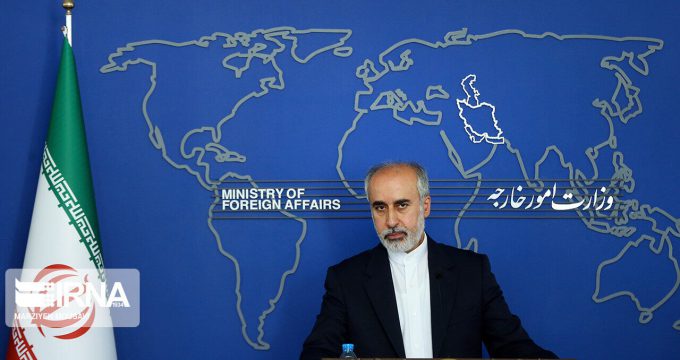 The spokesperson for the Iranian Foreign Ministry raised the possibility that the talks about reviving the 2015 nuclear deal and lifting the sanctions on Tehran could be held on the sidelines of the 77th session of the UN General Assembly in New York.

Speaking to reporters at a weekly press conference on Monday, Nasser Kan’ani said Ali Baqeri, Iran’s top negotiator in the talks about the removal of sanctions and revival of the Joint Comprehensive Plan of Action (JCPOA), is accompanying President Ebrahim Raisi in the UN trip.

While no plan has been defined for the sanctions removal talks during the presidential trip to the UN General Assembly, such international meetings always present a good opportunity for negotiations among the participating officials, expression of political stances, and exchange of views about regional and international issues, he stated.

Kan’ani said he would not rule out the possibility of talks about the nuclear issue and the termination of anti-Iran sanctions on the sidelines of the UNGA.

Iran will naturally seize every opportunity to express its views about regional and international developments, the spokesman added, stressing that Tehran has never left the negotiating table and regards “constructive talks” as an appropriate, logical and rational way for settling differences.

It might be possible for the JCPOA parties to hold talks about the removal of sanctions on the sidelines of the UN General Assembly, he stated.

The United States, under former president Donald Trump, left the nuclear deal in 2018, returning the sanctions that it had lifted.

The Austrian capital of Vienna has been hosting many rounds of talks since last year to examine the prospect of the deal’s restoration and fresh removal of the inhumane and illegal economic bans.