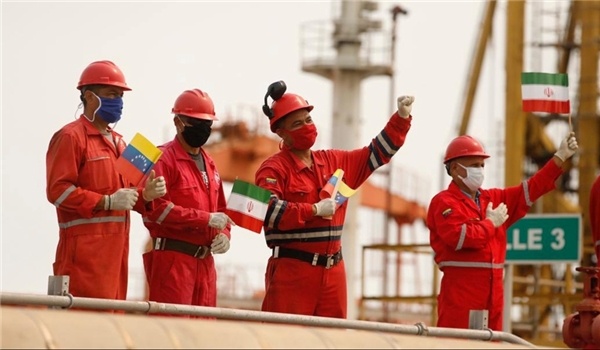 Venezuelan President Nicolas Maduro says the country has received an “advanced” oil tanker from Iran as part of a bilateral arrangement, as Tehran and Caracas’ collaboration in numerous industries grows.

“We have just received a ship with the most advanced engineering and technology in the world,” Maduro said according to Venezuelan state TV. He said that the ship was manufactured by Iran upon Venezuela’s order.

“Now comes the oil tanker to serve as a cargo ship for our revolutionary PDVSA,” he added.

This is the third oil ship built in Iran that has been delivered to Venezuela. On June 11, 2022, the South American country received its second tanker.

Maduro announced in June that the fourth tanker will join Venezuela’s state-owned oil and natural gas corporation (PDVSA) in 2024, completing a contract negotiated between the two countries in 2006 for four oil tankers.