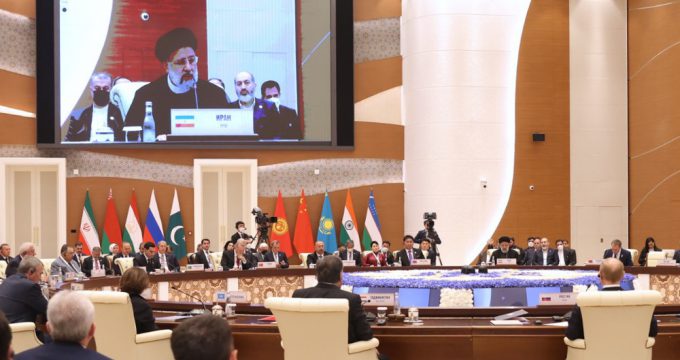 Iran pres. calls on SCO to confront US unilateralism through new approaches

Speaking at the 22nd meeting of the council of heads of the SCO member states in Samarkand on Friday, Raisi said that the US administration seeks to impose its intentions and internal laws to the international system and the independent states.

“There is no doubt that the US is after blocking these countries on their path to development,” he added.

“The Shanghai Cooperation Organization should adopt special measures to confront the United States’ unilateralism and cruel sanctions,” stressed the president.

Forming sustainable trade between the SCO members states which requires joint development of infrastructure in the areas such as financial transactions, he said elsewhere.

Raisi went on to name transport and energy security as two other key areas for the SCO. Referring to lack of sufficient infrastructure in the transit sector among member states, he said that Iran had given a special priority to the development of the North-South corridor, investing heavily on the project.

A sustainable transit requires multilateral cooperation between member states in developing needed infrastructure, he said, adding that Iran is ready to offer its transit network and the capacities of its ports in the Caspian Sea, Sea of Oman, and the Persian Gulf to boost the transit sector of the SCO.